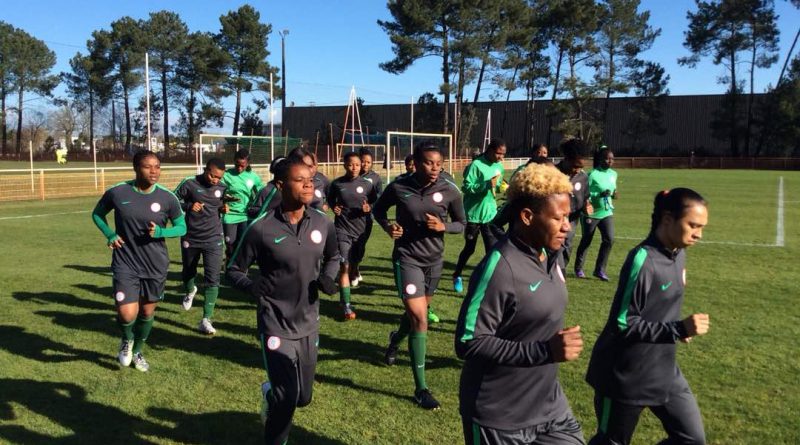 Nigeria’s women team, Super Falcons, say they have settled down to face France in the city Le Mans, west of France after arriving on Wednesday evening.

Team coach Thomas Dennerby, who had been in France three days before the contingent landed, welcomed the players and officials to the Mercure Le Mans Centre hotel in company of his assistant, Jorgen Petersson.

All 18 players, including Holland-based Sophia Omotola Omidiji, a late call-up, had a light workout at the Le Clos Fleuri ground at 10am and later followed with a tougher session in the evening at the Le Mans Stadium, also known as the Stade MMArena.

An interesting game is at hand on Friday, with Nigeria a mix of veterans and upcoming stars, while France, who finished in fourth place at the FIFA World Cup finals in Germany seven years ago, also boast a number of new prospects.

Falcons have won eight of the 10 editions of the Women Africa Cup of Nations staged to date, and have represented Africa at all editions of the FIFA Women’s World Cup since the first competition was held in China 27 years ago.

Kick -off time at the Stade MMArena on Friday is 9pm.