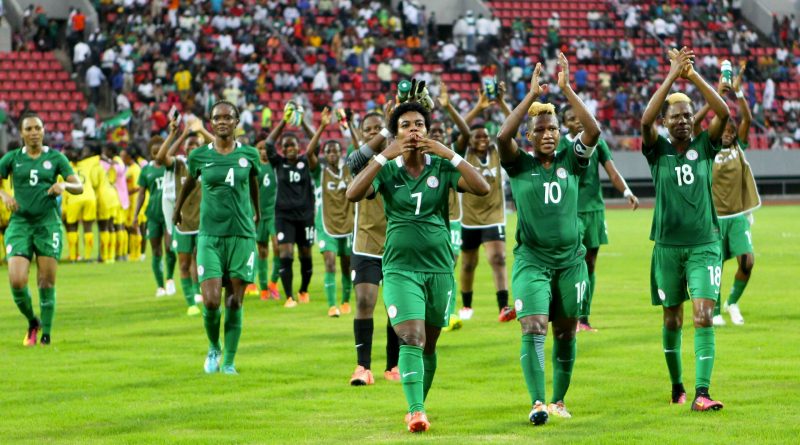 Sports News
December 17, 2016 0 Comment
Going by the Nigeria Football Federation papers, a breakdown of the Super Falcons’ monies shows that each player got the sum of N5,494,500, less the sum of N600,000 that was earlier paid to each of the players at various times by the NFF. The amount is at the rate of $17,900 (converted to naira at the official rate of N305 to $1). The NFF officials also explained that  the government also added N15,000 camp allowance and N20,000 transport allowance. All the monies were converted at the official rate of N305 to $1.
Coach of the team Florence Omagbemi got a total of N11,014,000 (less the sum of N800,000 paid to her earlier), while assistant coaches Ann Chiejine, Perpetua Nkwocha and Bala Mohammed, as well as the backroom staff were paid N8,274,250, less the N500,000 earlier paid to each of them.
The equipment manager got a total of N4,114,625, less the N500,000 earlier paid to her.
The NFF had earlier on Friday confirmed the payment after the Federation received the sums on Friday from the government.
“The bank accounts of the players and officials are being credited as we speak. They will all receive credit alerts of the monies due to them, as released by the Government, before the end of the day,” NFF’s Head of Women’s Football, Ruth David, told thenff.com.
The monies were for the Super Falcons’ participation at the 10th Women Africa Cup of Nations finals, which the team won after defeating hosts Cameroon 1-0 in the final in Yaoundé on 3rd December.
Also released by the Federal Government were monies due to players and officials of the Super Eagles for the 2018 FIFA World Cup qualifying match against Algeria, played in Uyo last month.