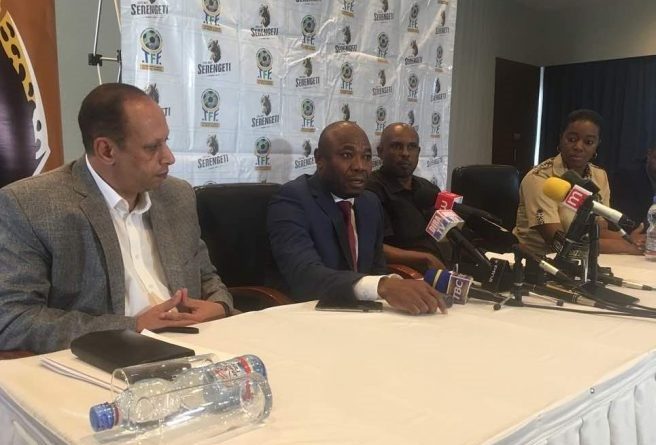 Former Nigeria attacker, Emmanuel Amuneke, has been named as the coach of Tanzania national team. Wallace Karia, President of the Tanzania Football Federation (TFF) who announced the deal on Monday said Amuneke will also oversee the other Tanzania teams, including the U-17 and U-20 groups.

The former winger who signed a two-year deal with the Tanzanian FA was until recently coach of Sudan’s Premier League side, Al Khartoum SC.

“I am happy to start this new job and work hard so that we can achieve a lot together,” Amuneke told local media in Tanzania after signing the contract.

His first competitive game in charge of the senior Taifa Stars will be their 2019 Africa Cup of Nations qualifier in Uganda in September.

Amuneke, 47, replaces local coach Salum Mayanga who had been in-charge of Tanzania since last year.

Wallace Karia told the BBC, “We shall have coaches for the other teams, but Amuneke will be the head starting with the 2019 African U-17 qualifiers which kick-off in Dar es Salaam this weekend.

“We are happy to have Amuneke who has played at the top and has a lot of experience as a coach. We have picked our very own from Africa.”

Amuneke was the assistant coach when Nigeria won the FIFA U-17 World Cup trophy for a record fourth time in the United Arab Emirates in 2013. And in 2015 he led Nigeria to a fifth U-17 World Cup title in Chile. He afterwards became the coach the Nigeria U-20 side, the Flying Eagles.