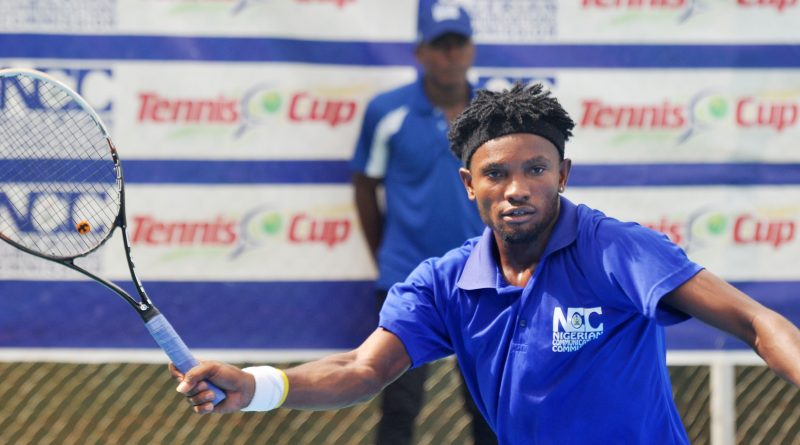 The tie which took place at the Enugu Sports Club over the weekend saw a very determined Team Muller led by Joseph Imeh make a clean sweep of the four men’s singles matches.

Aanu Aiyegbusi pulled one back for the Abuja based team when she beat Ronke Akingbade 7-5, 6-1 in the ladies’ singles but the hope of Team Ndoma-Egba dimmed when the pair of Imeh and Mohammed Mohammed defeated  Sunday Maku and Otu 6-3, 6-4 to in the men’s doubles to stretch the lead to 3-1 at the end of the first day’s proceedings.

Team Ndoma-Egba’s Paul Emmanuel fought hard to keep the tie alive in the first reverse singles against a wily Idoko but could not sustain the momentum that saw him win the first set as his opponent crept back to win 1-6, 6-1, 6-2.

Idoko’s win effectively put the tie beyond the reach of Team Ndoma Egba which conceded the second reverse singles but fought to win the mixed doubles with the pair of Osareme Airhunwhunde and Taye Owolabi edging Mohammed and Deborah Gbadamosi 4-6, 6-2, 14 – 12.

The second semifinals between defending champions, Team Offikwu of Kaduna and Team Civil Defence of Abuja will take place in Abuja Dec. 2 and Dec.3.