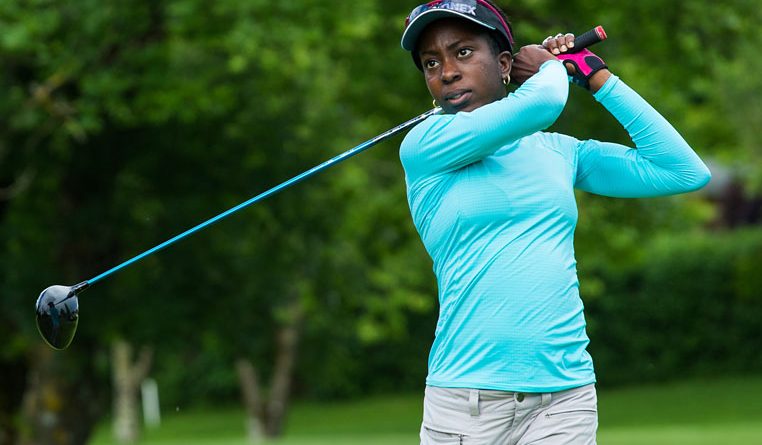 Few weeks after competing at the 2018 Youth Olympic Games in Argentina, teenage golf sensation – Georgia Oboh at the weekend Morocco moved closer to making history after qualifying for the finals of the Ladies European Tour (LET) Qualifying School.

Amidst the 65-field of players from 38 countries, the 17-year-old Nigerian finished third in the pre-qualifying school A to qualify for the final holding in Morocco from December 16 to 20.

Georgia, with her performance at the weekend, has broken the ground for a whole generation of Nigerian and African lady golfers who are excited to welcome a new queen in their midst by qualifying through the first stage of the Qualifying School.

An excited Georgia Oboh’s responded, “Since I was 8, it has been my dream to play on the Ladies European Tour and that dream is starting to unfold this week.”

She arrived in Marrakech with father, Godfrey Oboh on October 26, to begin preparations for the tournament just a week after competing at the Youth Olympic Games in Argentina

“On arriving in Marrakech, we had a couple of rainy days and that halted our practice a bit but it was okay because we also needed to rest just coming from Argentina. It was a hectic schedule but we had to do that so that we could hopefully take advantage of the break between stage 1 and 2 to play in the upcoming Côte d’Ivoire Open on November 15 to 18. I had always hoped that I would begin my professional career in Africa and God is allowing that to happen,” she said.

Georgia hopes to inspire junior girl golfers on the African Continent just as Seri Pak was to the Koreans.

At 17, Georgia Oboh is the youngest African to qualify for the Ladies European Tour School and was also the youngest player in the Pre-Qualifying School A.

Georgia Oboh is motivated by the encouraging sacrifices that her team makes for her daily including her full time caddy Dad; stylist and personal arranger mum along with computer whiz-kid brother, Nathan and aspiring pro golfer sister, Gabby.