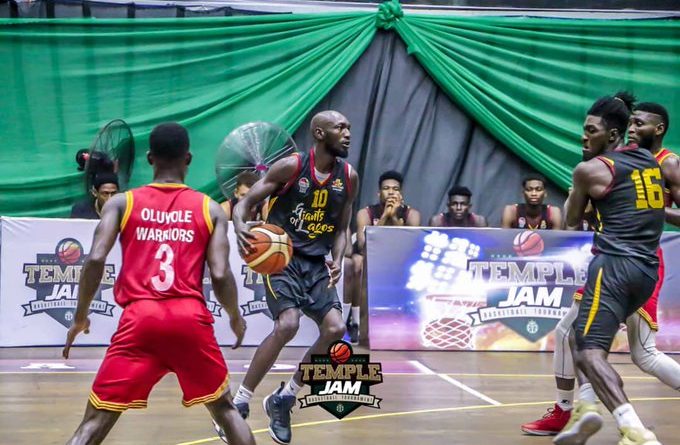 Tema Youth Basketball Club coach Emmanuel Quaye is quite optimistic that the performance of his team in the Temple Jam Basketball Tournament would help create a more respectful assessment of Ghanaian clubs by Nigerians, Extrasportsnigeria.com reports.

Coach Quaye spoke Monday night at the Teslim Balogun Stadium, Lagos soon after TYB lost to Gombe Bulls 68-65 in the most entertaining game on the opening day of the international invitational tournament.

He said, “As you would have noticed, the game didn’t play out the way most people expected. Nigerians have largely seen Ghanaian teams as teams to run over in the game of basketball. That’s the unfortunate perception of us but I am glad that Gombe worked very hard to gain that victory. It could have gone either way.”

Quaye who has been friend and colleague of the Gombe Bulls coach Abdulrahman Mohammed over the years says his major concern is for TYB to return to Tema, Ghana proud of their outing in Lagos.

“We want to showcase Ghanaian basketball positively even as we also learn here, such that the general assumption that Ghanaians can’t play good basketball would at least change.

TYB players who were billed to arrive in the country on Sunday only got into Lagos on Monday with barely enough time to rest and step after the organizers had adjusted the fixtures to take care of the two teams who arrived behind schedule. The Ghanaians skipped their major meal and settled for fruits before the game that turned out to be the most contested in the competition so far. TYB which had trailed through the first three quarters cut the six points and took over the lead with two minutes to the end of the game. The Bulls rallied back to win the game.

Before that match debutants Gidi Giants had beaten Oluyole Warriors 70-55 in the third match of the day. The Gidi boys led all through in the energy sapping encounter.

The Temple Jam which is running in conjunction with the Lagos State Basketball Association continues on Thursday with another four matches. The competition is billed to end on Sunday with a lot fun fare lined up.