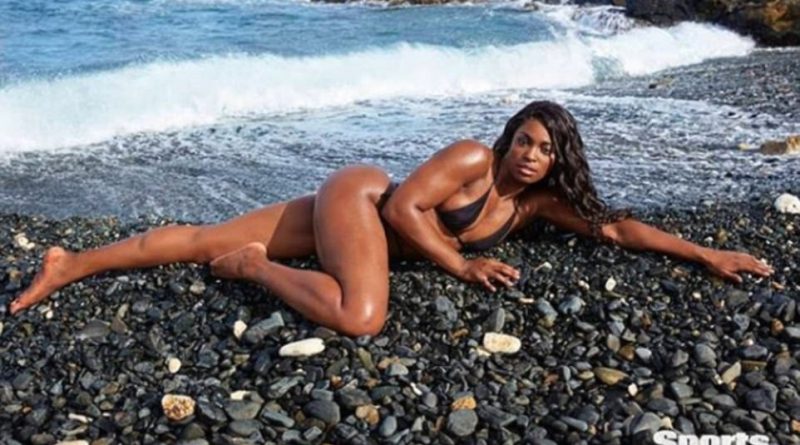 The athletes took to Instagram to proudly show off what they had been working on as Bouchard, Stephens and Spiranac travelled to the magazine shoot in the Caribbean, the Mail reports.

Raisman, meanwhile, took the opportunity to showcase a powerful message in her nude photograph which read, “Women do not have to be modest to be remembered.”

Raisman’s shoot has been released just weeks after she took to the stand at the trial of former USA Gymnastics doctor Larry Nassar in order to offer a powerful victim impact statement detailing the abuse she suffered at his hands.

The stunning black and white photos were shot by Taylor Ballantyne for the magazine’s ‘In Her Own Words’ project, which marks the ‘evolution’ of the iconic Sports Illustrated Swimsuit Issue in the light of the ongoing push for women’s equality.

Spiranac, who has faced criticism in the golf world because of her looks and what some consider to be revealing clothing, recently said she was thrilled that the magazine is helping her embrace her body.

For Stephens, after winning her first major title at the 2017 US Open, she followed up her September Sports Illustrated front cover with her first appearance in the SI Swimsuit edition.

Bouchard made it two appearances in two years after featuring alongside fellow WTA players Serena Williams and Caroline Wozniacki in the 2017 magazine.

And while it has been a difficult few months for the Canadian on the court – she is currently ranked 116th on the WTA circuit – she was left beaming with pride after finally being able to show off the photos taken in Aruba.