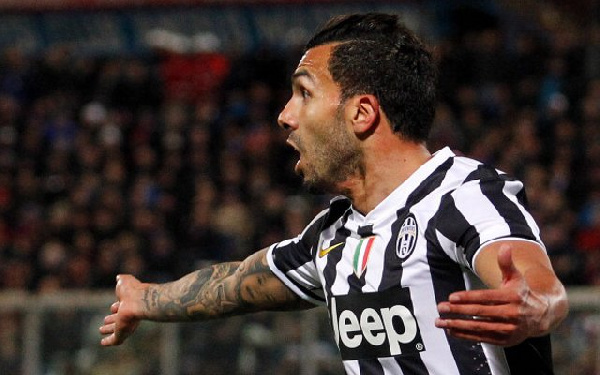 Argentinean star Carlos Tevez has launched an angry fightback – after being branded a Covidiot by his countrymen. He is angry at the claims that he broke social distancing rules after posing with a large group on the football pitch by his house.

According to The Sun.co.uk pictures recently emerged on Argentine outlet Ole of Tevez posing with a group of men, children and a dog on the football pitch by his house.

Coronavirus social distancing rules and restrictions on playing sport are still in force in Argentina.

However neither Tevez nor any of the 14-strong group wore masks.

The 36-year-old came in for abuse on social media, and even had police visit his home in the Buenos Aires suburb Maipu with an arrest warrant.

However Tevez fumed: “I’m in quarantine here, but people interfere all the time.

“I was going to church with my family on Sunday and some neighbours with children asked me for a photo.

“I posed for it and then they went away.

“I was on my own property, so didn’t wear a mask. The kids’ father claimed I had a kick-about with them, but that was a lie.

“It was just a photo that took two seconds. The next day a police car came to my house with a warrant.

“I told them this was a joke. It was a warrant for breaking the quarantine.

“I haven’t left Maipu. I am in isolation; I train on my own pitch and speak with my teammates via Zoom.

“Someone has come out to try to make money out of me.

“I haven’t gone out to play football with anyone. It is a complete pack of lies.”