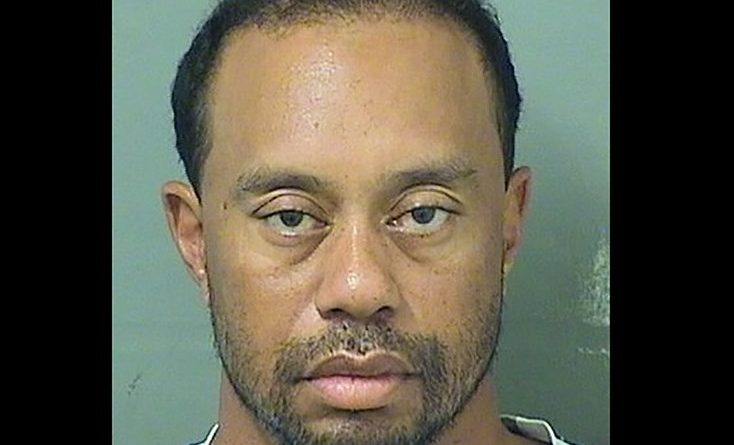 Tiger Woods was arrested early Monday morning in Florida on a charge of driving under the influence, quick reports from the area have stated.

The 41-year-old golfer was arrested around 3am on Military Trail, south of Indian Creek Parkway in Jupiter.

Arrest information from the Palm Beach County Sheriff’s Office shows Woods was booked into jail at 7:18am and then released on his own recognizance at 10:50am, according to a Mailonline report.

He faces a charge of driving under the influence of either alcohol or drugs. Police have yet to specify which, if not both, though more details are set to be released on Tuesday.

Sources told TMZ that Woods was ‘driving erratically, all over the road’.

When they pulled him over, the officer smelled alcohol on Woods’ breath and said that Woods became ‘arrogant’.

The officer asked Woods to blow into a breathalyzer and he refused, which in Florida results in an automatic DUI arrest and license suspension.

The source added that Woods’ team has been calling the police department all morning, asking if the cop had a body cam.

TMZ reports that Woods was driving a 2015 Mercedes, and that cops were planning to tow the vehicle before a friend retrieved it.

This is the second time that Woods has been caught driving under the influence.

In November 2009, two days after the National Enquirer broke the story that Woods had been cheating on his then-wife Elin Nordegren with a New York City nightclub manager, Woods left home after taking an Ambien and crashed his Cadillac Escalade into a fire hydrant, a tree and several hedges. However, he wasn’t charged in that incident.

The 14-time major winner, and former world number one, has dropped to 876th in the world rankings after years of injury problems and has not played in any of the major tournaments for the past two years.

But he had fusion surgery to address the issue in April and said last week that he hasn’t ‘felt this good in years’.