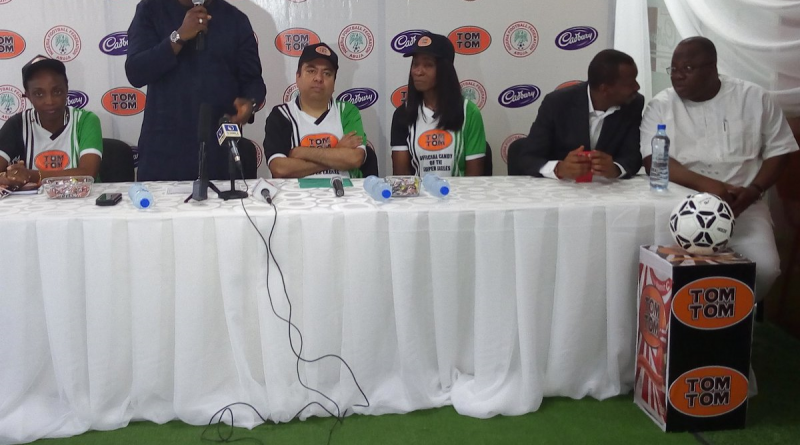 The Nigerian Football Federation has renewed its partnership deal with one of Nigeria’s leading confectioneries, Cadbury PLC. The partnership makes Tom Tom the official candy of the national teams for the next three years.

The public presentation of the agreement was done at the corporate headquarters of Cadbury in Ikeja, Lagos on Friday, Extrasportsnigeria.com reports.

The Managing Director of Cadbury, Amir Shamsi said a major highlight of the event was not about signing but renewing the partnership with the NFF after 10 years.

He said, “Tom Tom has been a trusted Nigerian brand all through these years and will continue to give millions of Nigerians the desired soothing relief and refreshment.

“We are not just about signing but renewing our partnership with the NFF.”

The NFF’s second vice-president Shehu Dikko said, “The new deal with Tom Tom is three years and the two parties will continue working together to take football to the next level so that it will be a win-win situation. This is for three years but we are hoping that some day we will gather again to make it a renewed deal for 10 years.”

The NFF President Amaju Pinnick said it was good to have Tom Tom back on the table with the federation.

“Tom Tom is a household in Nigeria and indeed other candies are also called Tom Tom because of the dominance and so this the best time to join the federation having shown Nigerians a clear direction where our teams are headed.”

He also believes the deal will going for a long run.

The deal was arranged by Pamodzi – the NFF marketing consultants that brokered the first deal which saw Tom Tom as the official candy of the Super Eagles to the 2013 African Nations Cup in South Africa which Nigeria eventually won. Pamodzi CEO, Mike Itemuagbor was at the ceremony on Friday.