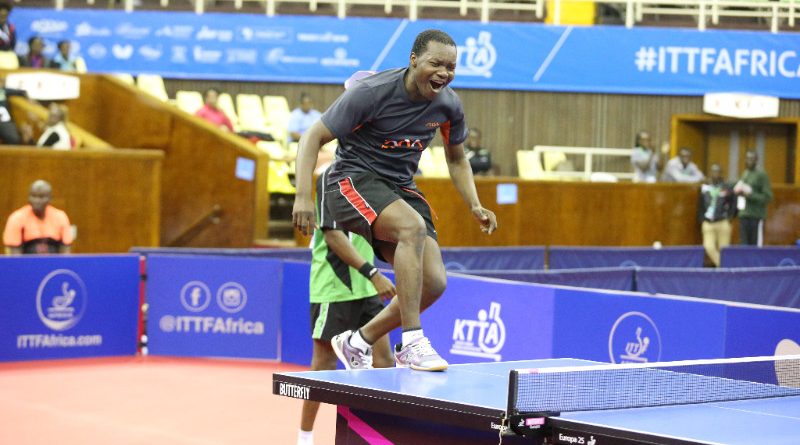 The two former champions played their last game in the tournament after they were beaten in the quarter-final stage of the championship to set the stage for the top guns to fight for the title this year.

It was Oshonaike that first tasted the defeat in the hands of another former champion – Cameroun’s Sarah Hanffou. It came like a shock to Oshonaike as she was beaten 4-2 by the trained lawyer.

Toriola was also stunned by Congo Brazzaville’s Saheed Idowu by same margin in the last eight of the competition.

Just like Toriola and Oshonaike were departing the competition, another top seed – Egypt’s Farah Abdel-Aziz was booted out by unseeded Algeria’s Lynda Loghraibi in the women’s event.

Abdel-Aziz raced to the lead but her efforts were rubbished when Loghraibi leveled up and went to win 4-3.

An excited Loghraibi who caused the second major upset having beaten Nigeria’s Edem Offiong in the group stage said, “I am so happy that I won the quarterfinal match particularly beating one of the best players in the competition. It is amazing that I have been able to beat two of the best players in this competition because for me I was just enjoying myself without playing under any pressure. I hope to enjoy myself again in the semi-final because I have nothing to lose having made it far.”

Hanffou believes the win against Oshonaike was part of her build up to qualify for the Tokyo 2020 Olympic Games.

She said, “I feel so good to be back in the semi-final after 10 years and I cannot imagine it because I have been waiting for this moment for long time. I have been working hard as a lawyer and player in my bid to make it to the 2020 Olympic Games in Japan. Before the match, we told ourselves that the best player should win and I am happy that I am back in the top four of the championship.”

It was easy wins for Omar Assar of Egypt and Nigeria’s Aruna Quadri while Egypt’s Ahmed Saleh was stretched beyond limit by Algeria’s Sami Kherouf who later surrendered to the Egyptian veteran at 4-2.

Nigeria’s Edem Offiong was made to work hard for her 4-2 victory over Tunisia’s Safa Saidani.

For the semi-final pairing, Quadri will face Saleh while Assar will take Idowu in the men’s event.

Defending champion – Egypt’s Dina Meshref will take Offiong while giant-killing duo of Loghraibi and Hanffou will battle in the second semi-final of the women’s event.

The tournament ends on Saturday March 3 with final matches.