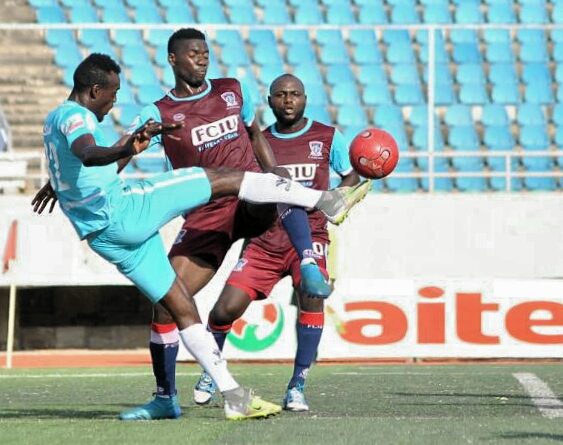 Niger Tornadoes defeated reigning champions FC IfeanyiUbah 4-2 in the semi finals first leg game of the Aiteo Cup played on Saturday, Extrasportsnigeria.com reports. The match was played at the Confluence Stadium in Lokoja in the Middle Belt region of Nigeria.

Guests IfeanyinUbah had taken a two-goal lead before Tornadoes rallied round to score four goals. The second-leg clash will be played on Wednesday at the FC IfeanyiUbah International Stadium in Nnewi.

“I can tell you outright that we played better overall even at the time the visitors were up with two goals. Defensive blunder gifted FC IfeanyiUbah their first goal and the second almost in a similar situation.

“I was sent off to the stand by the referee but I have to tell the players to keep their cool and think less of the mistakes that gave the opponents their goals and it worked magic for us.

“FC IfeanyiUbah had more of individual players but our strength is built around the team and it helped us greatly.

“I can assure you that FC IfeanyiUbah cannot beat us with two unreplied goals in Nnewi but my fear and worry is the referees. I’m terribly worried about officiating right there at Nnewi given the bias openly shown in today’s game.

“If officiating will be fair and even in Nnewi I can tell you comfortably that we will still go ahead to beat FC IfeanyiUbah in the reverse fixture on Wednesday.

“We will quickly return to the trenches to strategise for a heart-warming performance in Nnewi.”

The aggregate winners of the two-legged semi-finals clash will meet the winners of the clash between Sunshine Stars and Akwa United in the final. Sunshine defeated Akwa 1-0 in Akure on Saturday in the first leg.