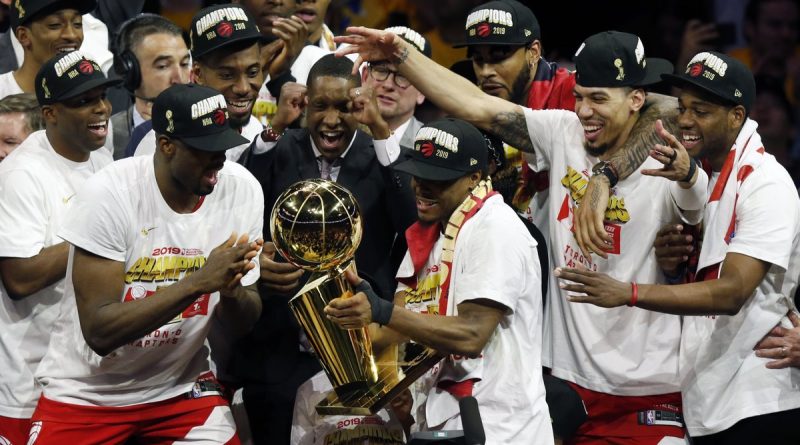 The Raptors has a former Nigeria international Ujiri as its President and worked vigorously to achieve this feat.

Raptors guard Fred VanVleet rained clutch 3-pointers down on the Warriors, scoring 22 points — double his regular season average — as Toronto fought off a gritty challenge from the Warriors, who also lost All-Star guard Klay Thompson to a knee injury in the third quarter, according to an NBC News report.

The loss marked a sombre end to the Warriors’ residence in Oracle Arena in Oakland, California, their home for 47 years, which was crowned with three of the previous four NBA titles. The team is scheduled to move into the new Chase Centre in San Francisco next season.

The Raptors had already squandered one chance to win the best-of-seven series, falling at home, 106-105, after having won three of the first four games. The Warriors rampaged from behind on Monday thanks to 57 points from Thompson and Steph Curry, their sharpshooting guards.

But Curry and Thompson weren’t enough on Thursday night, not without Durant, a former league Most Valuable Player and 10-time All-Star, who ruptured an Achilles tendon after having scored 11 points in just 12 minutes on the floor in the Warriors’ Game 5 victory.

In preparation for the historic win, authorities in Toronto closed several major downtown streets to accommodate the crowds.