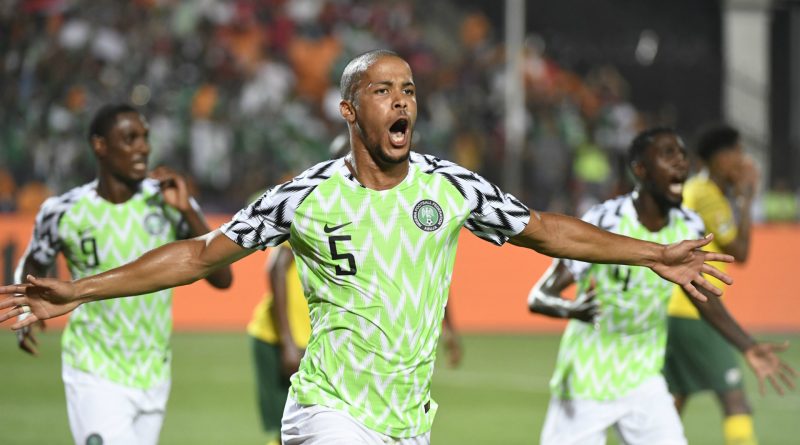 Super Eagles defender William Troost-Ekong has said his late goal that earned Nigeria a 2-1 victory over South Africa and a spot in the Africa Cup of Nations semi-finals was a “dream moment.”

The centre-back knocked home a corner in the 89th minute in Cairo as Nigeria advanced to the last four of the competition for the 15th time in 18 appearances.

He said, “I dream about moments like this. To score and for it to be important for the team is amazing.

“It’s not my job to score; I’m a defender so I was happy we didn’t give away too many chances. After they scored from a set-piece I thought that I wanted revenge.

“We were confident we could score again. We didn’t want to go to extra time because we were going to be tired but I think it was the same for South Africa.”

Nigeria, who won the last of their three titles in 2013, will face Algeria or Ivory Coast on Sunday for a place in the July 19 final.

“I think every game is tough now. We’ve seen big teams lose and go out of the tournament so it’s going to be difficult whoever we face.

“We came here to try and win the trophy.”