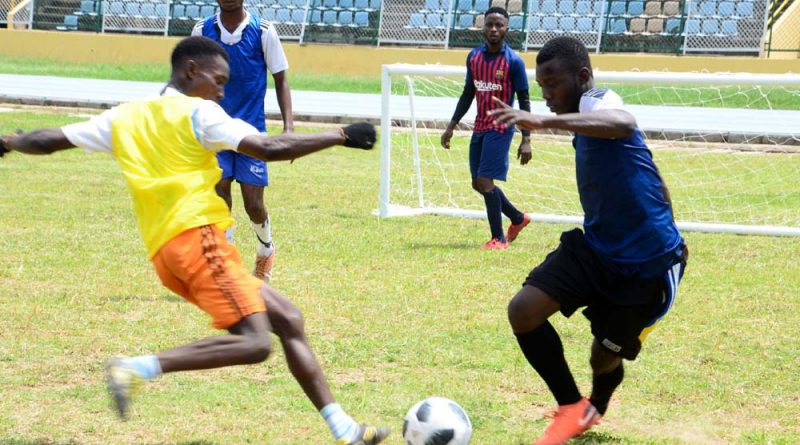 The Trophy 5-a-side Field of Honour tournament has entered the next round geared towards producing the successful 16 teams that will vie for the top prize. The first round matches were exciting as teams came with their supporters who cheered them on to victory, fighting for the top position that will see them play for N3m, as well as, earn bragging rights of being the best 5-a-side team in the country. In addition, the winning team will proceed to the Pan African regional finals taking place in Tanzania to compete for the African title. They will also have the opportunity of meeting with Samuel Eto’o, the African ambassador for the tournament.

To qualify for the super fan draws, fans are to visit select bars where they will get a scratch card upon purchase of at least two bottles of Trophy lager. With the scratch card, fans can win either t-shirts, face caps or receive a raffle ticket. At the finals of the tournament, a live raffle draw will be held and four lucky winners selected to go on the trip to Tanzania. A fifth winner will be selected via online draws.

The maiden edition of the tournament is currently taking place the across four states of Lagos, Ogun, Oyo and Osun States as a pilot phase. Subsequent editions will cover more states and eventually extend to the 36 states of the federation.

All participating teams will go home with memorabilia and other merchandise in appreciation of their participation.

The semi-final and final matches will take place May 11 and they will be aired live on NTA Network. Updates are available on the Trophy social media handles @Trophylager and @TrophylagerNigeria.