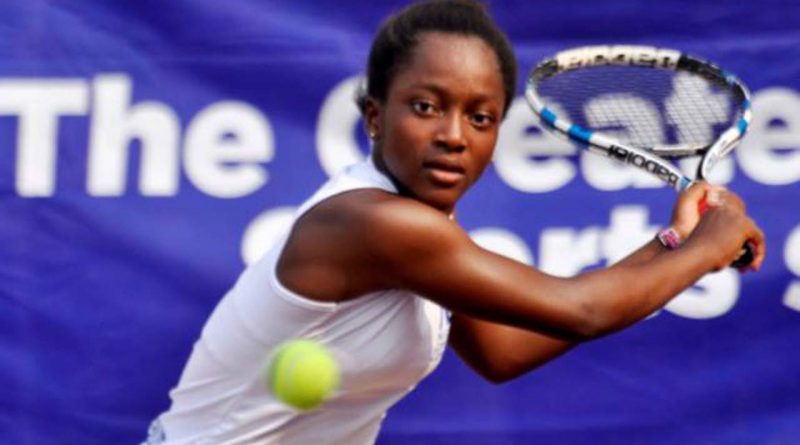 Nigeria’s Oyinlomo Quadri continued her eye-catching display at the ongoing ITF/CAT African Junior Championship 16 and Under in Tunis, Tunisia with a 6-1 6-2 win over Ramadan Hagar of Egypt on Thursday to advance to the semi-finals.

The 14-year-old Quadri is showing the kind of form that saw her record an unprecedented three-straight ITF Circuit wins in 2016 having upturned a 5-0 first set deficit to upset tournament’s number eight seed Auertin Sarra of Tunisia in the second round triumphing 7-5, 6-3 on Wednesday.

She began the week-long tournament with a 6-3, 6-2 win over Algeria’s Boukholda Houria.

“It was a good match. I was on top of my game and that is why the score was straightforward but it was not an easy match,” she said of the match against Hagar which lasted 58 minutes.

Salma Loudili of Morocco will be standing between Quadri and the final of the tournament featuring about 50 players from 18 countries and the Nigerian is optimistic of scaling the hurdle of yet another North African opponent.

“The Moroccan girl is a good player; we used to be together at the ITF Centre in Morocco. I have played her twice at local tournaments in Morocco and I won on both occasions.

“I have to be focused because she is playing very well as well but I know I’m better so I’m looking forward to win her,” she said.

Nigeria’s coach Mohammed Ubale lauded Quadri’s display stressing she was cramping hours before the match and had to get medical attention.

“She has done very well. She was cramping and had to see the physiotherapist. Remember all the players she had beaten are clay-court players while her own favourite is the hard court.