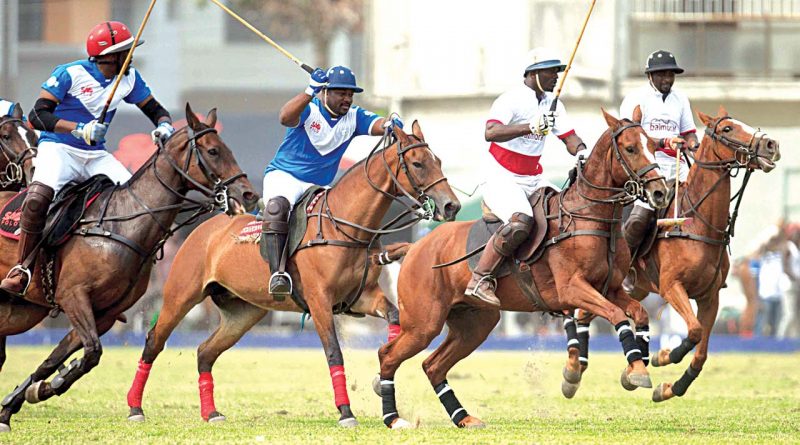 After two days of thrilling action, the 2018 Lagos Polo International Tournament continues today (Thursday) with top-class action guaranteed as Lagos TwinWaters confront Lagos A-Plus in the Open Cup of the two-phase tournament which has sponsored GTBank as major sponsor.

Three other matches are scheduled for the day as Lagos Aragon and Lagos United tango in first of three Silver Cup matches on the list of schedule.

Other Silver Cup matches will see Lagos NRT and Kaduna Dattaku square off while there will be all to play for between Ibadan Jericho and Lagos Avon following the two sides’ defeats in their opening matches.

Jericho were overpowered by Kano BUA 5-3 while Avon were edged 6-5 at the tail-end of their exciting duel with Lagos Alchemy.

Four matches were decided on Tuesday with as Lagos Twinwaters formed by Ayo Olashoju (0), Ibrahim Musa Dantala (2), Ali Berjawi (2) and Augustine Canale (6) produced a strong finish from the third chukka to beat Lagos STL which has  Seyi Tinubu (-1),  Khalifa Ibrahim (3),  Sadiq Dantata (1) and Leroux Hendricks (5) by 10 – 5 1/2 goals to take firm group in their quest to qualify to the final.

Port Harcourt Strata Base edging Kano Hago 6 1/2 – 6 in a keenly contested tie while Lagos RCF, featuring Natalie Allan, the only female player on parade, mad e a telling contribution as she scored the last goal to help Lagos RCF to an impressive 8 – 5 1/2 win over Lagos Lamaena.

Ibadan Eleyele featuring Salisu Umar, Babao Lawal and Nurudeen Akibu were also impressive as they outplayed Lagos Anglestone 6- 3 1/2 to boost their chance of progressing in the Silver Cup.

The last match of the day was in the Open Cup where Lagos STL and Lagos Twinwaters contested.

Looking ahead to their gigantic clash with Lagos Avon, Edozie Onwuli, who scored the first goal of the tournament declared that Jericho have noticed the lapses that cost them their first game of which they were in control till the last chukka.

“My horses are not playing up to their maximum capacity because they played in Port Harcourt in December and at the start of this month, they also played in Ibadan.”

“I have to manage them to give me the best result and the plan to get the best out of them has been worked out I know we can beat them and score the goals to cover for the deficit we had in our first match,” the Immigration officer said.