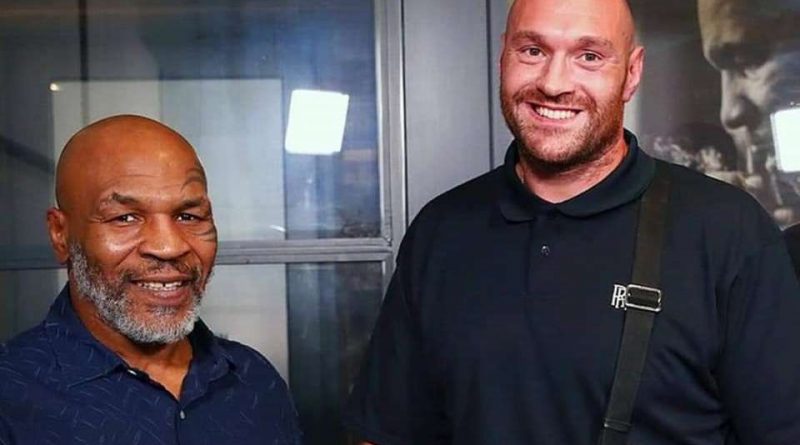 Tyson Fury claims he has accepted an offer to fight 53-year-old Mike Tyson in what would be an incredible exhibition bout.

Iron Mike has been flaunting his newly ripped physique return amid talk of a series of potential comeback bouts against other heavyweights, Daily Star Sports reports.

Tyson is also being lined up for rematches against old foe Evander Holyfield and Shannon Briggs, despite all three being in their 50s.

Despite all the speculation, Fury seems to have beaten the pair of veterans to the lunch, claiming a bout with ‘Iron Mike’ has been agreed.

“Yeah, I had a phone call saying ‘would you like to fight Mike Tyson in an exhibition fight?’ I was like ‘hell yeah!’”

Tyson looked explosive in social media training footage and his old rival Holyfield stated that another meeting in the ring was up for discussion.

“We all know my head can be turned for a few quid! You saw my KSI vs Logan Paul fight which I got stick for, but it was a roaring success and I really enjoyed it. It taught me a lot.

“Imagine if I said: ‘Mike Tyson is returning to the ring and I will promote him!’

“The stick I’d get would be unbelievable. It’s not something I’m looking to do.

“I expect him to come back in some sort of exhibition, or something like that. Is that good or enjoyable? I suppose it’s intriguing.

“Tyson looked fantastic on the pads but he’s 53. Look at his last fight against Kevin McBride. He won’t be able to compete at [a high level].

“It’s good to see him training. He’s in great shape. If it keeps him happy then why not keep training? I wouldn’t like to see him fight in the ring professionally.”