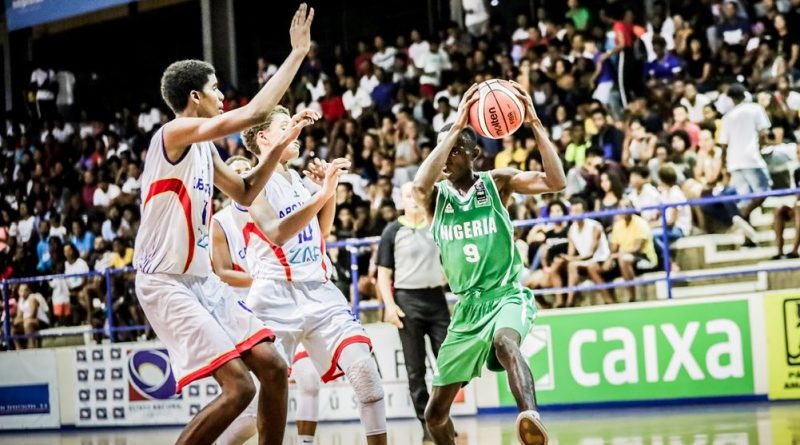 Nigeria’s U-16 coach, Fubara Onyanabo has said that the team would up their game when they file out against former champions Angola on Tuesday at the ongoing FIBA U-16 Basketball Championship in Praia, the capital city of Cape Verde.

The game will come up at 9pm Nigerian time.

The junior D’Tigers bounced back from their opening day loss to three-time champions Egypt with a resounding 64-39 win against host country Cape Verde with Centre, Rueben Chinyelu, posting another 20 points.

Angola lost their opening game 86-61to Egypt on Monday.

Having lost their opening encounter, Angola will come all out against the Nigerians seeking a win but coach of the team, Onyanabo has promised that his boys will not give any respect to the southern Africans.

He said, “We will approach the game against Angola like we did against Cape Verde. In the court we’re not going to respect anybody, we are all here to ball. On Tuesday you’ll see a different Nigerian team against Angola.

“As you are aware for some editions now, Nigeria have not participated, for our government and Nestle Milo to sponsor this trip, we just want to make them and every other Nigerian proud.”

Young Chinyelu spoke for his teammates.

“We are going to take the game very serious, we’ll play for our country Nigeria making sure we keep the flag flying, we also want to play for our families and for every one supporting us. We just want to make our country proud,” he said.

Nestlé Milo is the official sponsor of the Nigerian U-16 team to the Afrobasket in Cape Verde.

The winner and runners-up of the tournament will earn the right to represent Africa at next year’s FIBA U17 Basketball World Cup in Sofia Bulgaria.