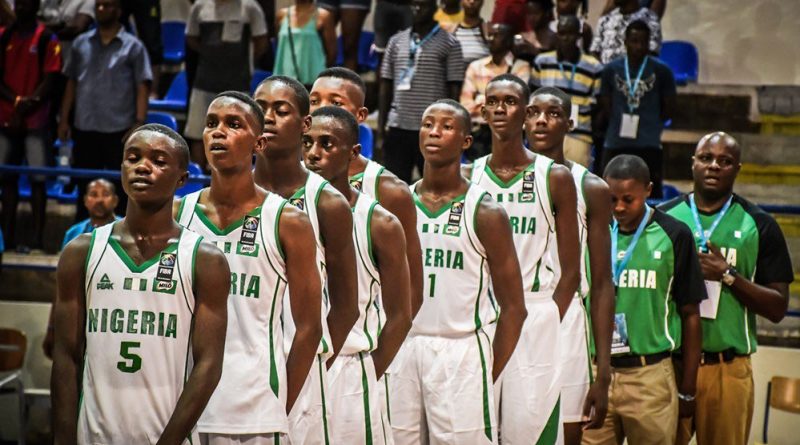 Coach of Nigeria’s U16 basketball team Fubara Onyanbo has said that his aim is not just to win the ongoing FIBA U-16 African Championship but to also build character and purpose in the players.

The junior D’Tigers had a slow start to the competition losing 86-77 to three-time champions Egypt in their opening fixture on Saturday night at the Pavilhao Desportivo Vava Duarte in Praia, Cape Verde but they recovered to beat the hosts Cape Verde 64-39 on Sunday.

Fubura said, “Coming to this championship my ambition is to better Nigeria’s best finish at the competition which was far back in 2009 and that was 10 years ago. It is high time we finish top which is still very possible.”

Fubara believes he has some of the most talented 16-years-olds in the country who were carefully selected from the recently concluded Nestle Milo Basketball Championship.

“The best way to get true young players for grassroots championships is through secondary schools and through the Nestle Milo championships we were able to do that and easily too. We did not have the bulk of time to train together before coming here but we are growing game by game.

“The boys are still on fire from the competitive Milo championships so I believe we will achieve a lot.

“We also need to understand that this competition is developmental in nature so we will use the opportunity to teach these players character and purpose which will go a long way in helping them plan their life even outside sports.”

Nigeria’s best finish at the tournament was at the inaugural edition in 2009 which took place in Maputo, the capital city of Mozambique with Nigeria beating Algeria 65-56 to claim the third position.

This is Nigeria’s third appearance at the championship after previously featuring at the maiden edition and in 2015 in Mali.