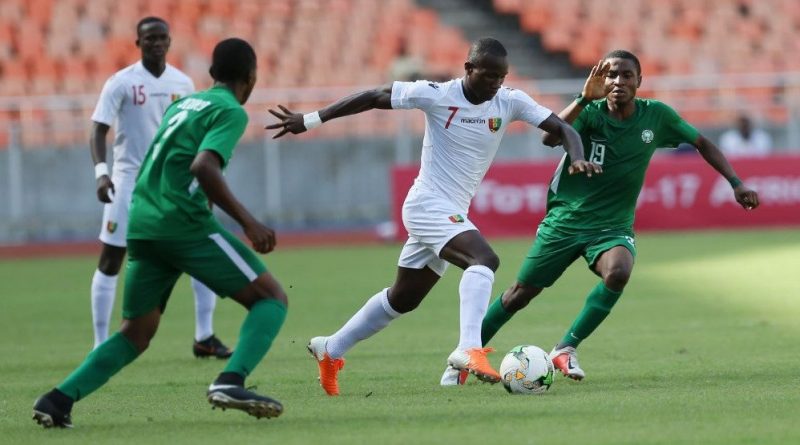 Nigeria finished outside the medals’ zone after losing 2-1 to Angola in the third place match of the 13th Africa U17 Cup of Nations in Tanzania on Saturday. The Golden Eaglets however kept their ticket to the FIFA U17 World Cup in Brazil.

The technical crew of the five-time world champions must be quite worried how the Eaglets’ scorecard showed a steady decline in the tournament. First they narrowly edged a nine-goal thriller (against Tanzania); won by a goal from the spot (against Angola); came from behind to draw (against Uganda); lost on penalty shoot-out (against Guinea) and; then lost in regulation time (against Angola).

It was always going to end this way for a team that wastes opportunities without blinking, and despite creating another basketful of chances, and playing against a team with one man down for 34 minutes (after Porfirio Abrantes got a second yellow card), the team led by Samson Tijani failed to make hay.

While Olatomi Olaniyan, Tijani and Charles Etim lifted their shots too high each time when they should have scored, championship top scorer Osvaldo Capemba headed past Sunday Stephen into the net in Angola’s first real opportunity. But Wisdom Ubani equalized two minutes later as Nigeria broke forward again.

Yet, they would not make use of another opportunity again throughout the game, rather failing to keep close control and losing the ball carelessly.

Instead, Andre Sebastio Zito rifled into Nigeria’s net as Angola got a rare opportunity three minutes into the second period, and despite showing sense of urgency, the Eaglets just could not come up with the right ideas in the final third.