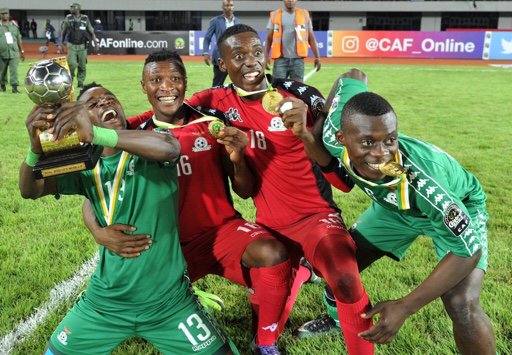 Mali beat Senegal 3-2 on penalties to win the 2019 Under-20 Africa Cup of Nations played in, Niamey, Niger on Sunday.

The entertaining final had finished 1-1 after 90 minutes and extra-time.

Mali had the better start to the match with Boubacar Traore opening the scoring after just 16 minutes, according to a BBC report.

Amadou Ndiaye then equalised for Senegal in the 75th minute to take the match into extra-time.

The final was a repeat of the opening Group B match which Senegal won 2-0 in Maradi.

Coming into the Sunday’s finale, Senegal had won all four of the matches they had played in Niger. On Saturday, South Africa beat Nigeria 5-3 on penalties to take third place at the tournament after the match had finished 0-0.

“I’m happy for my boys because they won the match and we played against a very good team, Nigeria,” Thabo Senong, South Africa’s head coach said.

All four teams, South Africa, Nigeria, Mali and Senegal will now begin their preparation for the Under-20 World Cup which kicks off in Poland in May.