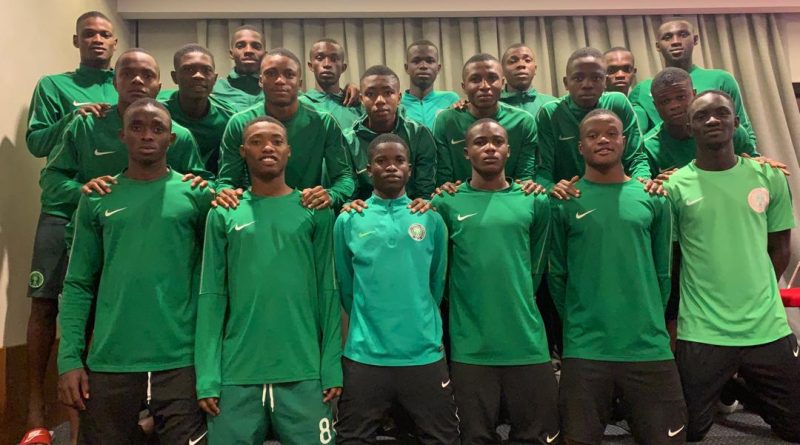 The Turkey Technical Centre in Istanbul will witness some interesting football when five-time world champions, Golden Eaglets of Nigeria file out against their counterparts from Turkey, host nation of the UEFA/CAF U17 International Tournament, on Sunday.

Eaglets and their officials arrived in Istanbul on Friday and had their first training session at the Turkey Technical Centre on Saturday morning before the officials proceeded to attend a technical meeting of all the eight participating teams at the tournament.

Speaking after the technical meeting, Manu Garba, Coach of the team said that the tournament is a perfect opportunity to test the readiness of the players for the task ahead at the FIFA U17 World Cup starting next month in Brazil.

“I am very optimistic that the tournament will come good for the players to stand the test of time in Brazil. Playing Turkey will definitely be a strong test for the team.” Manu told thenff.com

Angola will battle Scotland in another game on Sunday.

This year’s FIFA U17 World Cup finals will hold from 26th October to 17th November in Brazil.