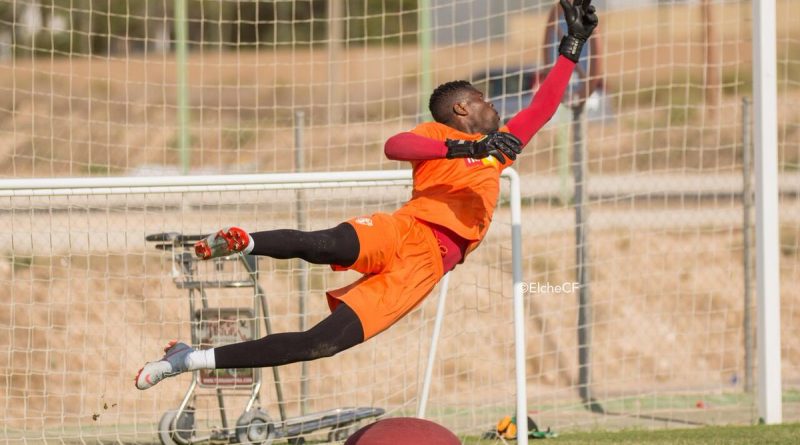 Nigeria goalkeeper, Francis Uzoho, resumed work at Spanish Segunda B side, Elche C.F training them on Wednesday. It follows the completion of his loan transfer from Deportivo La Coruna.

The package at Elche for the World Cup goalie is a one-year deal from Deportivo La Coruna.

On Thursday he announced his latest job via Twitter writing: “First day at work, I’m back for good.”

The young goalkeeper became a surprise number one choice for Nigeria at the 2018 FIFA World Cup in Russia where he kept one clean sheet in three games conceding four goals – a performance that boosted his image and stamped his place as the number one in Nigeria.

In his an interview with Elche and published on their website the goalkeeper said: “I am very happy to be here. My dream is to be better every time, I come to work and learn.

“I am going to try to give the best of me; I have high expectations with the team.”

Elche are without a win in their opening two Spanish La Liga games. They drew goalless with Granada and played a 1-1 draw with Osasuna last weekend.

Uzoho could make his home debut for Elche against Reus this Saturday at the Manuel Martinez Stadium.