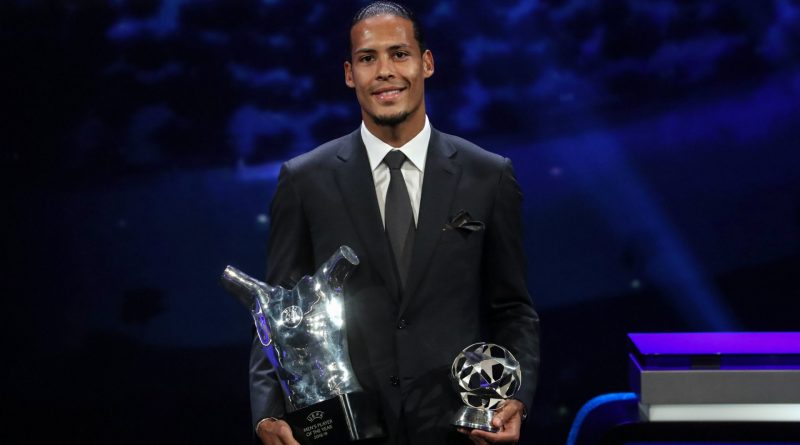 The award tops a fantastic season for the Netherlands international, who was voted PFA Player of the Year for his displays at the heart of a Liverpool defence which conceded just 22 goals in the Premier League and finished the campaign with a sixth European Cup, beating Tottenham 2-0 in the final in Madrid.

Lucy Bronze was named UEFA Women’s Player of the Year. The defender has played for Lyon since 2017 and won the World Cup Silver Ball this summer, as the second-best player of the tournament in France.

Previously known as the UEFA Best Player in Europe Award, the Player of the Year award takes into account both club and national team competitions.

It also replaced the UEFA Club Footballer of the Year award.