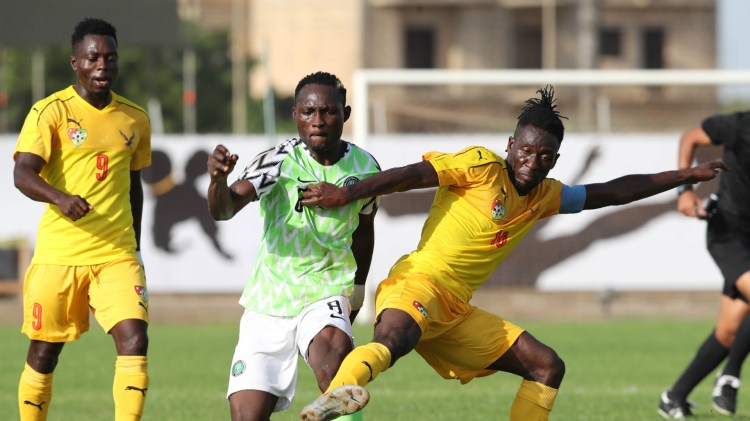 The Sparrow Hawks of Togo ended the flight for trophy for Nigeria on Sunday as they defeated Super Eagles B team in their opening match in Thies, Senegal. It was a 2019 WAFU Cup fixture.

This defeat comes exactly one week after the Eagles were thrashed 4-1 in Lome in 2020 African Nations Championship qualifying game.

Two goals from Adjahli Moise (15th minute) and Sewonu Edem (42nd) condemned Imama Amapakabo’s team to the lower format of the competition. They will now face other losers from the knockout round.

Sewonu’s goal actually came off a deflection on Olisa Ndah which beat goalkeeper Theophilus Afelokhai but the Togolese was credited with the goal for taking the shot.

Sikiru Alimi had equalised for Nigeria in the 32nd minute before Togo’s final hit at the Stade Lat-Dior.

Nigeria pushed hard for the equaliser in the second half Mfon Udoh who came in as a substitute was sent off after picking up a second yellow card and missing two very glaring chances.