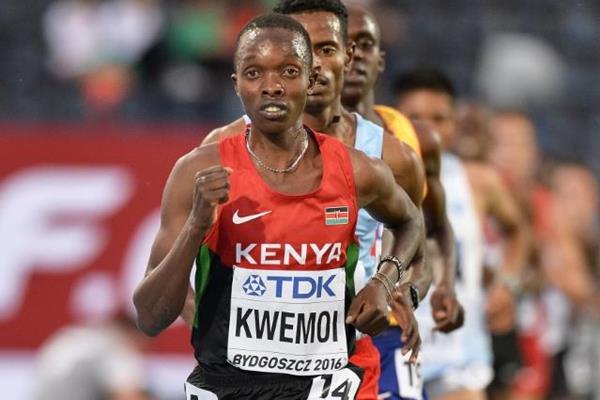 Walelegn is the third fastest man over the 10km race so far this year courtesy the 27:37 seconds he ran last March to win the Laredo 10km road race on March 11 in Laredo,a town in the autonomous community of Cantabria located between the cities of Santander and Bilbao in Spain.

He will be challenged for the $20,000 top prize money for men by Kenyan trio of Timothy Kiplagat who came third (27:52) behind the Ethiopian at the Laredo race, Josphat Kiprono Menjo who came fifth (28:28) at the Valencia 10km road race in January and holds the fourth fastest time of all-time (27:04) and 2016 winner, Simon Cheprot who will be coming to chase history as the first man to win two Okpekpe titles.

For the women, Kenya’s Tuei will be the athlete to beat. She is the fastest woman over the distance so far this year courtesy the 30:57 seconds she ran to win the Valencia 10km road race in January. Her time is the 36th joint fastest on the all-time list and she will be hoping to become the fourth Kenyan woman to win the title.

Tuei will be hotly challenged for the top prize of $20,000 on offer by compatriot Mary Waithera who won the Laredo 10km race last March with 31.48 seconds, the ninth fastest time in the world so far this year.

Also in with a chance is 2016 winner, Paulline Njeku Wanjiku who, like Cheprot will be seeking a slice of Okpekpe history as the second woman to win two Okpekpe titles.

Ethiopia’s Buzunesh Getachew Gudeta and Bahrain’s Damaris Muthee Mutua are also two women that could challenge for the title.

Gudeta was third in 2016 and would feel she is ripe to climb the podium as champions while Mutua who ran 34:06 in Kenitra, Morocco about two weeks ago will fancy her chances of becoming the first woman from the Middle East to win the Okpekpe title.

The race organisers are confident that a new course record will be set come May 12 in Okpekpe.

“The quality of elite runners for this year’s race is the best so far and this is easy to understand. As the first IAAF silver label race to be staged in West Africa, the quality must be very high and what we have done is to assemble gold level running men and women elite athletes for the race. This is a step higher than what the IAAF requires us to do.”