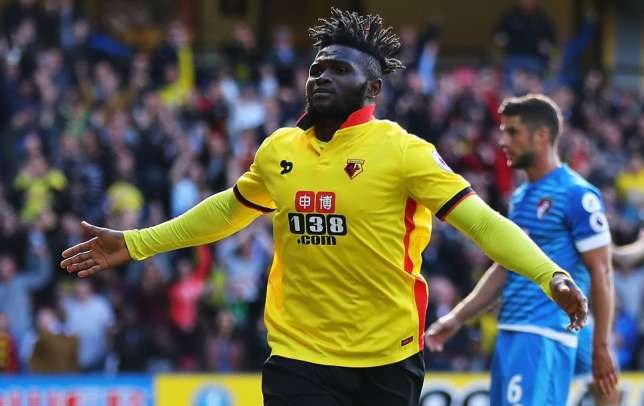 SHAMED Nigeria and Watford striker Isaac Success still has a future at the Premier League club, according to boss Marco Silva.

The Sun on Sunday exclusively revealed that Success, 21, was arrested after a bust-up with four hookers at a St Albans hotel.

He paid the women a total of £2,000 but flopped as a lover before demanding his money back, sparking the row which led to his arrest by Hertfordshire police.

The £30,000-a-week forward has scored only one goal in 17 Premier League appearances since joining Watford from Spanish club Granada in July, 2016 and has not appeared in the league this season, although he has figured as an unused sub.

He is currently out with a knee injury, but Silva said, “What we are talking about is one situation in September.

“The player has not played one minute in the Premier League but I’m really happy with his improvement.

“It’s true – after the fourth game he has was on the bench. He has not played more minutes as I had to make different changes in games due to injuries.

“I am happy with his progress and the player is starting to understand what my way is and what he needs to do to have minutes.

“He is starting to improve. Our obligation is to put the player in the right way. But you can’t do this every time. Football is his life. He needs to be careful and know the right way. Young players in a different culture need to be shown the right way.

“Everyone at the club knows the rules. They know their obligations.

Everything we will do, and the details we will keep inside the club.”