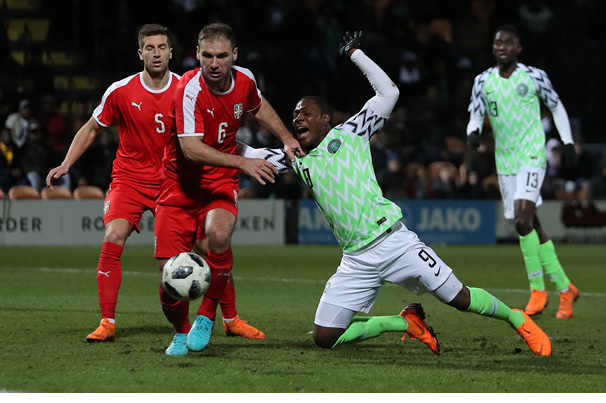 Serbia coach Mladen Krstajic believes their 2-0 win over Nigeria in London on Tuesday has proved critics wrong for writing off the team’s prospects in the World Cup in Russia and also believes his team deserved more goals.

Krstajic and his players had been under fire especially after a tepid 2-1 defeat by Morocco on Friday and they responded with a solid performance against the Nigerians in a match played at Barnet’s stadium in north London. It was on the same Friday night that Nigeria defeated Poland 1-0.

The Serbia coach is pained that his team did more score more than two goals as by his assessment, they ought to scored more given their work rate against the Super Eagles.

“The lads showed plenty of character against Nigeria and the display made it clear the critics were hasty in their remarks after the Morocco defeat,” Krstajic told Reuters after an Aleksandar Mitrovic double gave his team the win.

“We could have won by a bigger margin but the most important thing is that we looked like a team with plenty of commitment.”

Nigerian keeper Francis Uzoho made several fine saves and Mitrovic should have had another goal as television replays showed his 13th-minute header had crossed the line.

A revamped 4-2-3-1 formation, with Mitrovic the lone striker, dominated as the lively attacking midfield trio of Dusan Tadic, Adem Ljajic and Filip Kostic caused all sorts of problems for the Nigerian defence. The Serbia attack showed how weak the Nigerian defence could become in the absence of just one regular as Leon Balogun could not feature in the game.

Mitrovic, who plays for English Championship (second division) promotion-chasing side Fulham shares the view of his coach, “I scored twice and should have had another but the team is all that matters.

“We really wanted a result here and having won, we can’t wait to gather again because we know how big a challenge doing well in Russia will be.”

At the 2018 World Cup, Nigeria is Group D with Argentina, Iceland and Croatia while Serbia are in Group E alongside Brazil, Costa Rica and Switzerland.