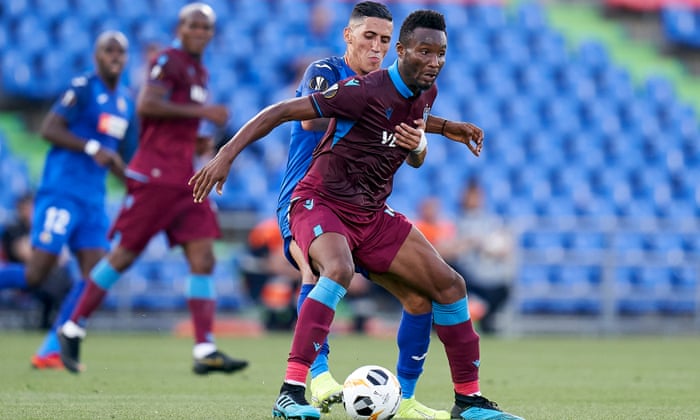 West Ham United have been named as the latest team being linked in the race for former Nigeria captain Mikel Obi.

Tribalfootball.com stated that the Hammers have opened a line of communication with the ex-Chelsea midfielder on returning to the English Premier League.

The 2013 Africa Cup of Nations had his last contract with Turkish side Trabzonspor mutually terminated in March in the wake of the Covid-19 pandemic.

West Brom, Sport Club Internacional and Botafogo are some of the teams previously listed.

The West Bromwich Albion move was confirmed by Sky Sports.

The Baggies are likely playing in the top flight of English football next season, as they currently sit inside the top two of the second-tier Championship.

Mikel played for 11 years in the Premier League with Chelsea, winning the title two times along with three FA Cups, the League Cup, UEFA Champions League and UEFA Europa League.

Mikel had 249 appearances during his time with Chelsea. Only three Nigerian players – Shola Ameobi, Kanu, Yakubu – have made more appearances than Mikel in the EPL.

He also had a brief spell with Middlesbrough in the Championship during the 2018/19 campaign, a tenure in which then-manager Tony Pulis was full of praise for the performances of Mikel.

“Since he came into the football club, the level of his performance has been exceptional,” Pulis said.