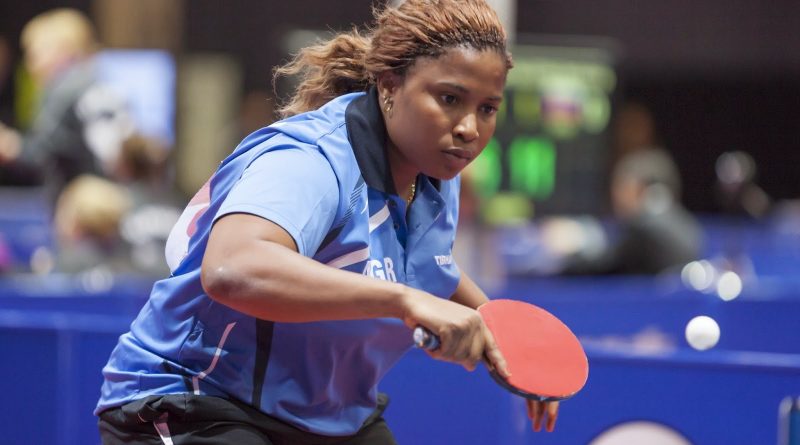 Nigeria showed their superiority over their West African neighbours as they dominated the team event at the 2022 Western Region World Championships qualifiers holding at the Molade Okoya-Thomas Hall of the Teslim Balogun Stadium, Lagos.

The Nigeria women’s team led by national champion, Fatimo Bello, did not drop a set in all their matches to emerge as team event champions with 3-0 wins over Guinea, Cote d’Ivoire and Ghana.

Despite being flawless in their passage to the final, the Nigeria men’s team had to come from behind to beat Cote d’Ivoire 3-2 in the final.

2019 West Africa Champion, Oba Oba Kizito, was unbeaten in the final as he was able to overcome Amadi Umeh and Rilwan Akanbi to give the Ivorien the two wins.

However, Ali Kanate and Cedric Oba were no match for Akanbi and Azeez Solanke who put the tie at 2-2.

Thereafter, Umeh ensured that the hosts claimed the doubles titles on the first day of the competition with a 3-0 win over Kanate.

Nevertheless, Kizito is fired up to reclaim the title he lost in 2021.

The Paris-based Ivorien said: “It was not easy losing my title in 2021. This year, I am fully ready to reclaim my title. What I played in the team event was just a tip of the iceberg of what to expect from me here in Lagos. There is no doubt that the journey to the top will not be easy but I am ready to work through it and reclaim the title I surrendered at this same venue last year.”