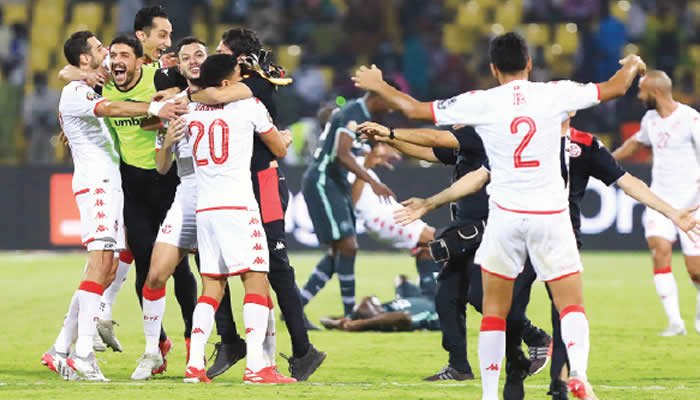 Super Eagles coach Augustine Eguavoen on Sunday said his team did not deserve to lose against Tunisia in their 2021 Africa Cup of Nations (AFCON) round of 16 game.

Nigeria crashed out of the AFCON on Sunday in Garoua, Cameroon after a 1-0 loss to Tunisia.

The North Africans advanced to the competition’s quarter-finals where they will take on the Stallions of Burkina Faso on the same Stade Roumde Adjia pitch in Garoua.

Eguavoen, while speaking at the post-match press conference, blamed bad officiating for his team’s ouster from the 2021 AFCON in Cameroon.

He added that his players fought a good fight. “We tried to come back after the Tunisia goal, and we chased the game. But then we got a red card.

“It was clear that the officiating wasn’t fair,” the coach said.

He however disclosed that he had told the players to quickly put the loss behind them and face the job at hand in March.

“I have told the players to pick up and ensure they qualify Nigeria for the World Cup,” Eguavoen said.

He however pointed out that it was always very difficult when you play against a tactical side like Tunisia, especially when the officiating was not fair.

“I won’t criticise the referee because they are masters of the game, but Alex Iwobi’s red card wasn’t fair. The foul wasn’t an intentional one,” the coach added.

The Super Eagles will now look forward to the 2022 FIFA World Cup African Zone playoffs in March against Ghana. (NAN)