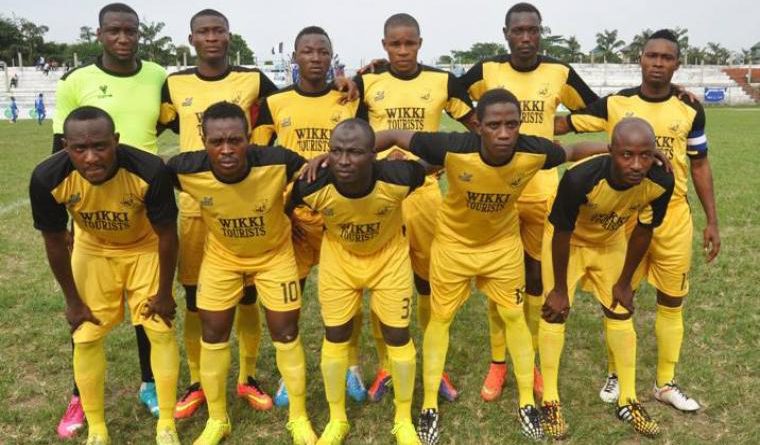 Sports News
December 12, 2016December 14, 2016 0 Comment
Wikki Tourists and FC IfeanyiUbah have been drawn to play the opening game of the 2016/17 Nigeria Professional Football League which kicks off on December 7 at the Nnamdi Azikiwe Stadium in Enugu.
The fixtures released by the League Management Company on Thursday indicates the opening match will kick-off at 5pm with the second fixture between league champions, Rangers and runners-up, Rivers United starting at 7pm.
Abubakar said, “On Match Day 2, Rangers International will play Wikki Tourists in the first match starting at 5pm while Rivers United and FC IfeanyiUbah will take to the pitch for the second game of the day.”
The final day will see Rivers and Wikki playing at 5pm while IfeanyiUbah and Rangers International will play the closing game at 7pm.
Abubakar also noted that all the matches will be played under flood light.
“We are continuing with the growing popularity of night games in Enugu and essentially, we are also considering a fans-friendly time when businesses would have closed to encourage huge turnout for the matches.”
The Super4 is an annual pre-season tournament organised by the LMC for clubs participating in Confederation of African Football competitions in the coming season to help condition their players for the continental competition.
Rangers and Rivers that finished first and second in the closed league season will represent Nigeria in the CAF Champions League while third-placed Wikki and Federation Cup champions, IfeanyiUbah will play in the Confederation Cup.