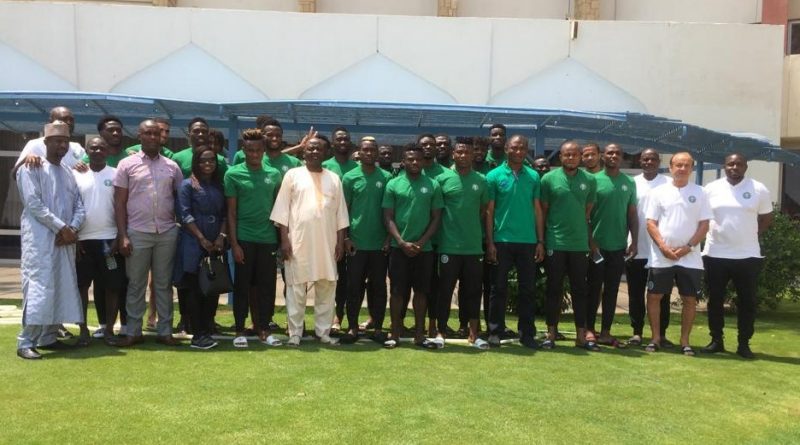 The Ambassador of Nigeria to Egypt, Professor Dandatti Abdulkadir has urged players and officials of the Super Eagles to strive to be worthy representatives of the country at the 32nd Africa Cup of Nations finals in Egypt.

The message of Abdulkadir was presented to the Nigeria camp at the Hotel Mercure in Ismailia on Wednesday, through senior officials of the Nigeria Embassy in Egypt who represented him.

“The President and good people of Nigeria are looking up to you to fight hard for the country’s pride and honour at the Africa Cup of Nations. This tournament is the biggest-ever in the history of the competition and a great performance from you will do well for the nation’s image and our stature in world football,” Abdulkadir said.

Coach Gernot Rohr and captain Mikel Obi then promised that the team would give its best in the championship and make Nigeria proud at the end of it all.

The Eagles have been training twice a day since arriving in Ismailia on Monday, and are looking forward to Sunday’s final pre-AFCON friendly against Senegal’s Teranga Lions in Ismailia.

Officials confirmed to thenff.com on Thursday that both Nigeria and Senegal camps have agreed Sunday’s duel will be played behind closed door.