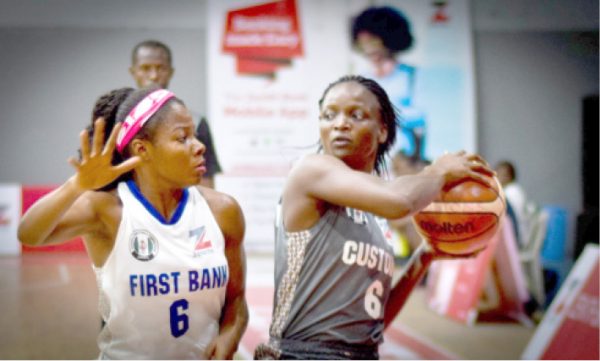 It was good day for Delta Force as they started their 2019 Zenith Bank Women’s League Final 8 Playoffs campaign on a winning note. They defeated Plateau Rocks 56-44 points.

The Group A match started behind announced schedule, it lived up to expectations as the Asaba based team sealed their win on the back of the Man-of-the-Match performance from Ruth Okafor. She recorded a double-double, scoring 20pts, 10 rebounds and 2 assists.

Plateau Rocks won the first quarter 23-22 but it was not enough as Delta Force roared back in the second half to win.

The second game of the day between Black Gold Queens of Abuja and Dolphins of Lagos in Group B was a one sided contest as Dolphins drilled the Abuja based team 84-35.

Gbihi Cynthia scored 13pts, 2 assists and 2 rebounds to hand her team a good start to the 2019 National Final 8 campaign.

The 18 points and 4 rebounds by Wandoo Hembem were not enough to give Black Gold the desired win.

More group games will be decided on Saturday at the same National Stadium, Lagos venue.