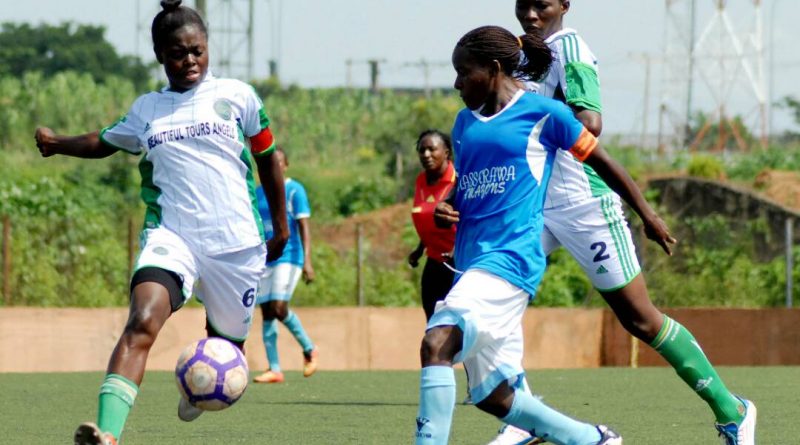 The minds games are already on ahead of the maiden Nigeria Women Professional League Super 4 holding in Benin City with the coach of Rivers Angels of Port Harcourt, Edwin Okon, vowing to win the trophy, Extrasportsnigeria.com reports. It is the first of its this type of trophy in the history of women football in Nigeria.

The former Super Falcons coach said he was however not underrating the three other teams that will be taking part in the championship, but was sure that with the experience of his players, the support of the River State government and the determination of the entire squad, victory will surely come to his team.

He said, “We are not saying the championship is going to be a stroll in the park for us, because we know that standards will be very high and they have even getting higher since the present NWFL leadership took over, what we are saying is that we will work very hard to win the trophy”.

Okon, commended the Edo State Governor, Godwin Obaseki, his deputy, Philip Shaibu and the people of the state for offering to host the championship.

“The Governor and the people of Edo State have shown uncommon love for women football, because they just hosted the Falconets in Benin City and next will be the Super, it’s been long we saw such magnanimity.

“Needless to talk about the quality leadership of Aisha Falode and her team, who are taking the standard of the game to new heights in the country and we are sure soon it will be Africa and the world.”