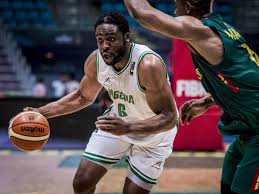 D’Tigers captain, Ike Diogu has said that the players in the team are pumped up to perform well at the 2019 FIBA Men’s World Cup in China.

With all 15 players in camp set to make their World Cup debut if selected as part of the final 12-man roster, Diogu said the chance to be at the World Cup means everything to all members of the squad.

Diogu said, “It means a lot because none of us has played in the World Cup. The one time we had a chance of qualifying was in 2013 and we lost in the quarter finals of the AfroBasket. This is the first time for us all and we want to make sure we do something special.”

He thumbed up the quality of training programme for the team which he said has really improved the team’s overall performance as evident in the four friendlies played so far.

“We have got a lot of good young players and we are all excited to represent Nigeria in the right way. We are preparing very well and we expect to have a successful outing at the World Cup.”

Diogu said that the series of friendlies and the training camps in New York, Canada and Lagos have given the team ample time to blend and get familiar with each other

“We just have to make sure we play as a team. Individually we know how good we are. We have a good collection of NBA talents and high level Europe based talents. We just have to play collectively as a group and I guess we should be fine against everybody else.”

Nigeria made its debut at the 1998 World cup in Athens, Greece while the last appearance was in 2006 where the team got eliminated in the round of 16.