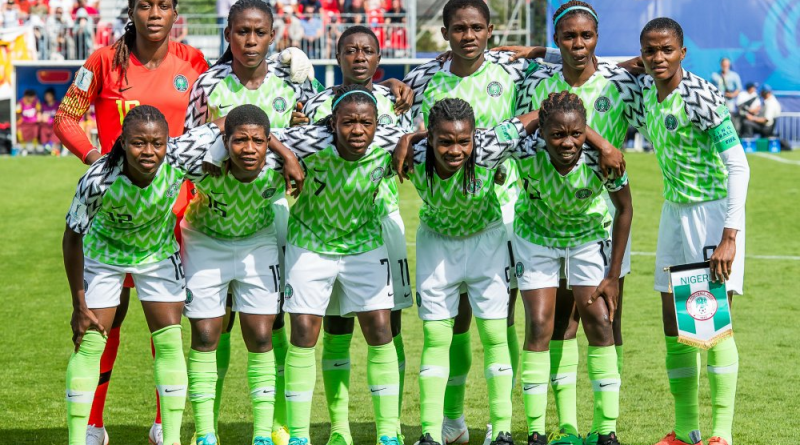 Nigeria’s U20 girls, Falconets, were bumped from the 9th FIFA U20 Women’s World Cup finals on Thursday following a 2-1 loss to Spain in the tournament’s first quarter final game in Concarneau.

Aitana Bonmati put the reigning European U19 champions ahead in the 13th minute as the Nigerian defenders ball-watched a brilliant team move by the Spaniards.

Bonmati was close to a second from a fierce free-kick that struck the underside of the crossbar and bounced away to safety, while Eva Navarro forced a point blank save from goalkeeper Chiamaka Nnadozie moments later.

Patri Guijarro doubled the lead for Spain just before the half time when she got the better of Rasheedat Ajibade who put her on-side from a free-kick outside the Nigerian box.

The hard fighting Falconets returned from pep-talk session in the dressing room looking more business –like, and they reduced the tally with a goal from Peace Efih minutes before the hour mark. Efih’s forward run saw her pick out Rasheedat Ajibade on the left. Ajibade’s low shot forced a diving goalkeeper Catalina Coll to push the ball into the path of an unmarked Efih, who cooly converted into an empty Spanish goal.

It was however not enough as the Europeans held on to qualify for the semi-final of this year’s tournament.