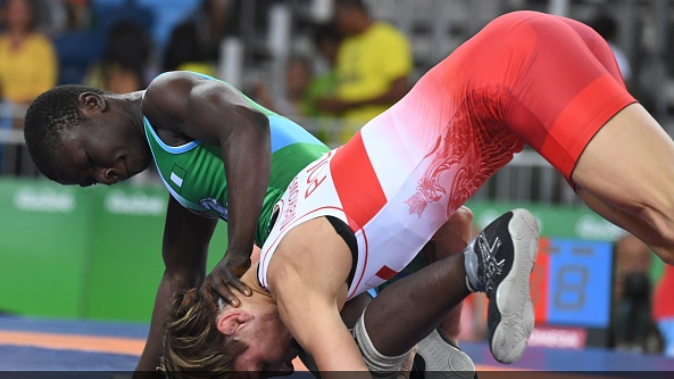 Nigerian wrestlers are still in the dark over their participation, due to funding issues with less than ten days to the commencement of the World Senior Wrestling Championships in Paris, officials have lamented to Extrasportsnigeria.com.
Top wrestlers from different parts of the world will assemble in the French capital to compete for pride and glory and the tournament provides a rare opportunity to monitor opponents and improve before the Commonwealth Games.
After winning six gold and two silver medals at the last edition of the African Championships in Morocco, Nigerian wrestlers were hoping to sustain the momentum by putting up a strong performance in Paris. But with no attention from the Ministry of Youth and Sports, the athletes are not certain they will be competing at the world event.
With efforts from the Nigeria Wrestling Federation, the wrestlers are currently camping in Yenegoa, Bayelsa State but the preparation programme has been slow because the federation cannot fund it alone.
President of the Federation, Dan Igali says the funding issue is becoming an unbearable burden.
”We go through this all the time. There is no tournament we attend without overcoming some financial burden. Right now, we have athletes in camp in Yenegoa, without money, it wouldn’t have been possible. We need quick help otherwise we will struggle at the world championships. We are hoping to hear from the sports ministry soon.”
Nigeria intends to feature six wrestlers at world championships scheduled to hold from August 21 till the 26th.