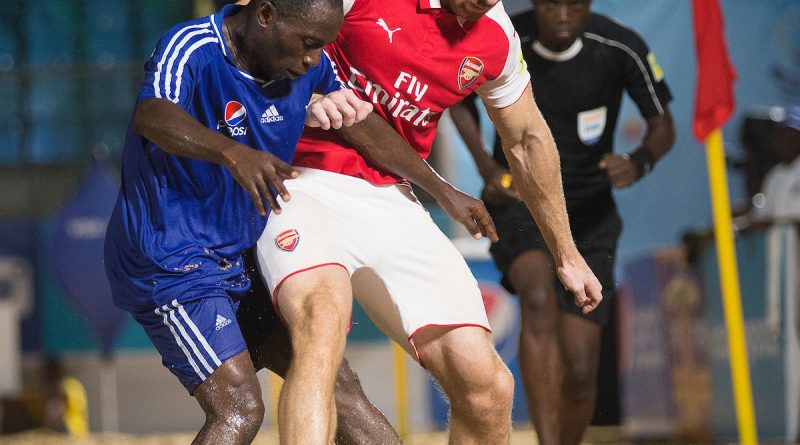 Pepsi Football Academy picked up their first points of the Copa Lagos on Saturday with a 3-2 win over Arsenal BSC to leave the group wide open going into the final day.

With all four sides on three points after two games, Sunday promises to be a thrilling finale, with Pepsi having Olalekan Yakub to thank for their victory – the forward scoring twice to down the English champions, according to Beach Soccer Media report.

In an opening period packed with chances and end-to-end play, neither side were able to break the deadlock before going in at the break.

Arsenal continued to pile the pressure on after the break and eventually it paid off as Tom O’Neill fired high into the roof of the net four minutes into the second period.

However, somewhat against the run of play, Beesor Adokiye found the back of the net from a tight angle, making for a finely poised final period.

With both sides pressing enjoying opportunities in the latter stages, it was Arsenal skipper Aaron Clarke who restored Arsenal’s lead with an expert overhead kick amid plenty of pressure from defenders around him.

But a mix-up at the back for Arsenal allowed Yakub to equalise once again with a free-kick before the Pepsi man slotted in his second past Taylor Humm to give his side the lead for the first time.

After losing goalkeeper Adisa Olasunkanmi to an awkward shoulder injury, Pepsi struck the Arsenal woodwork twice in a matter of seconds before they survived a late surge of pressure from their opponents to pick up the points in what was a captivating contest.