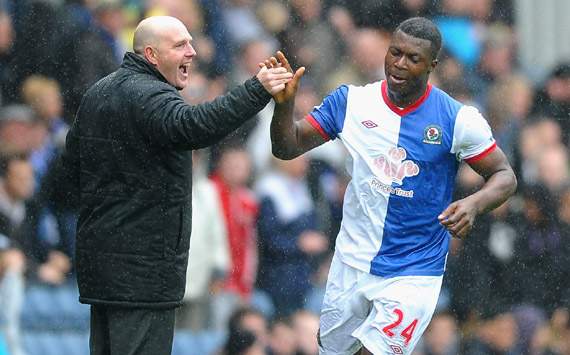 Former Super Eagles striker, Yakubu Aiyegbeni has begun training with Coventry City, with a view to winning a contract with the League One outfit.

The Nigerian striker had previously played for Everton, Portsmouth and Middlesbrough in England and Coventry boss, Russell Slade, is hoping that Aiyegbeni can fire the Sky Blues to safety.

Slade told the Coventry Observer, “As you know, he’s played in the UK and his scoring records are very good.

“He is 34 now; his last club was in Turkey. He hasn’t played for a while which is the only concern, but great pedigree. Goals wise, it is one in two.

“If that is the sort of thing he can do for us then we’ve got to be interested.”

Coventry Manager, Russell Slade had earlier revealed on Friday that a player with a ‘big reputation’ was due to report to Coventry’s training ground on Monday. He is reported to have invited the former Everton striker to the club, where he is set to undergo medical tests with a view to offering him a short-term deal until the end of the season.

The 34-year-old is looking to resurrect his playing career after returning to the UK from a year in the Turkish Super League with Kayserispor.

Between 2003 and 2012, Yakubu scored 96 goals in the English top flight. Coventry are currently 24th in the third tier and eight points from safety.