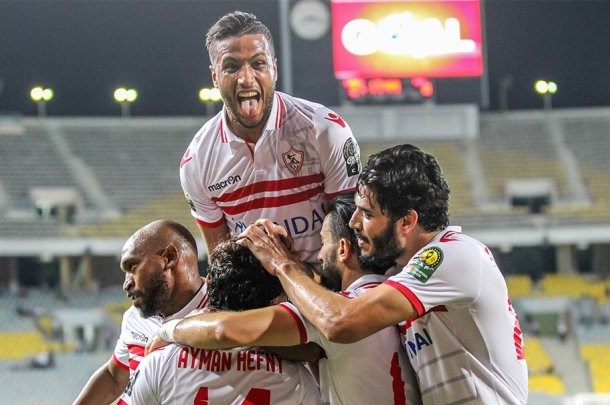 Zamalek eliminated Enugu Rangers to advance to the CAF Champions League group stages despite losing 2-1 to the Nigerian team on Sunday evening. The Egyptians won the first leg 4-1 in Cairo. The Egyptians therefore emerged 5-3 winners on aggregate

Rangers seemingly gained control of the match towards the end of the first-half of the encounter which took place at the Nnamdi Azikiwe Stadium.

And it was Tope Olusesi, who fired the home side into the lead on the stroke of half-time and Rangers were leading 1-0 during the half-time break.

Zamalek goalkeeper Mahmoud Abdel Rahim, who is better known as Genesh, pulled off a double save after restart as Rangers continued their dominance.

With his side trailing, Mohammed Helmy, the Zamalek coach, introduced striker Bassem Morsy in the 62nd minute as the visitors looked to equalize.

The Egypt international made an immediate impact as he scored to level matters against Rangers eight minutes later. Rangers then pushed forward in search of another goal and they were awarded a penalty with fifteen minutes left on the clock.

Godwin Aguda stepped up and fired past Genesh to make it 2-1 for Rangers. And Zamalek stood firm at the back until the final whistle to leave the scores at 2-1.