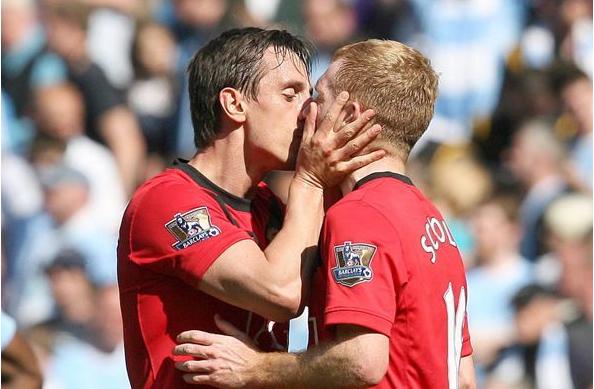 A proposal by Zambian football authorities to ban discrimination against gays and lesbians has kicked off a dispute over homosexuality, which is illegal in the country and widely seen as immoral, AFP reports.

The new draft constitution of the Football Association of Zambia (FAZ) contains a clause banning discrimination on grounds of sexual orientation, in line with regulations from world governing body FIFA.

But Zambian church leaders and senior football figures have attacked the proposal as undermining the country’s devout Christian beliefs, which are protected by the national constitution.

Zambia does not implicitly ban homosexual sex, but it outlaws “carnal knowledge of any person against the order of nature”.

“Zambia is a Christian nation and any instructions from FIFA which will conflict with Christianity are not welcome,” former FAZ executive committee member Masha Chilemena told AFP.

“The FAZ cannot go against what is stipulated in the law of the land.

“If FIFA is to impose sanctions on Zambia, we will play in the local league.”

International Federation of Christian Churches (IFCC) president Simon Chihana told AFP that if FAZ agreed to a clause banning discrimination against gays it would be “inviting the wrath of God”.

“We are a blessed nation and we cannot allow an individual or institution to bring the happenings of Sodom and Gomorrah here,” he said.

– Illegal in much of Africa –

Zambian President Edgar Lungu, who was re-elected last year, has spoken out strongly against gay rights, despite pressure from donor countries that provide essential aid to the country.

“Those advocating gay rights should go to hell… That issue is foreign to this country,” he said after the arrest of two Zambian gay men in 2013.

The two men, who faced 14 years in prison if convicted, were acquitted the following year after more than a year in jail.

Homosexuality is punishable by the death penalty in Mauritania, Sudan and some parts of Nigeria and Somalia, and is also illegal in 30 other African countries.

FAZ general secretary Ponga Liwewe said that the association would ensure its new constitution was not against Zambian law, stressing that the document was still at its draft stage.

“When it is finalised, it will reflect the laws of the country and the law of football so that there will be no conflict between the two,” Liwewe told AFP.

Human rights campaigners called on FAZ to take a stand against discrimination, with the Engender Rights Centre for Justice group accusing evangelical churches of waging an anti-gay crusade.

“It is overzealous people, mostly Pentecostal movements, that are misleading the government and the masses,” said ERCJ project coordinator Paul Kasonkomona, who was arrested and acquitted four years ago after he appeared on television calling for homosexual relationships to be decriminalised.

“I don’t think FAZ should feel that they are doing something wrong, they are not asking people to have sex. It’s not a sin to be gay.”