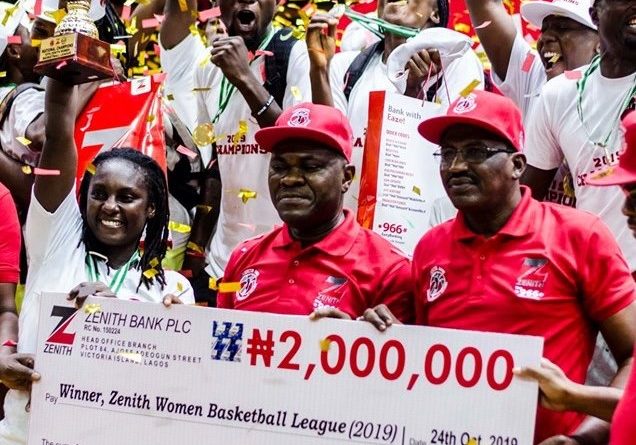 New entrants Air Warriors have been crowned the 2019 Zenith Bank Women Basketball League champions after a hard earned victory over MFM Queens. The game ended 55-53 in the final match decided at the Sports Hall of the National Stadium, Lagos.

The league debutants who dominated the first half, won the first quarter 14-7 and stayed top at the break with 34-23 on the back of a second quarter win of 20-17.

It was a different ball game in the second half with both teams scoring 12 points each.

It was a case of too little too late for the MFM ladies under Coach Aderemi Adewunmi  despite winning the last quarter 17-9 points.

Murjanatu Musa of Air Warriors posted another double-double display with 17 points, 15 rebounds and 3 assists to win the title for her side.

She also picked the Most Valuable Player of the League for the current season.

Murjanatu won the Highest Rebounder and Highest Blocks award while Ifunanya Okoro settled for Assists and Steal leader as her team became the fourth team to have ever won the league in the last 15 years.

First Bank coasted to a comfortable 45 points win against Dolphins to win the bronze medal.