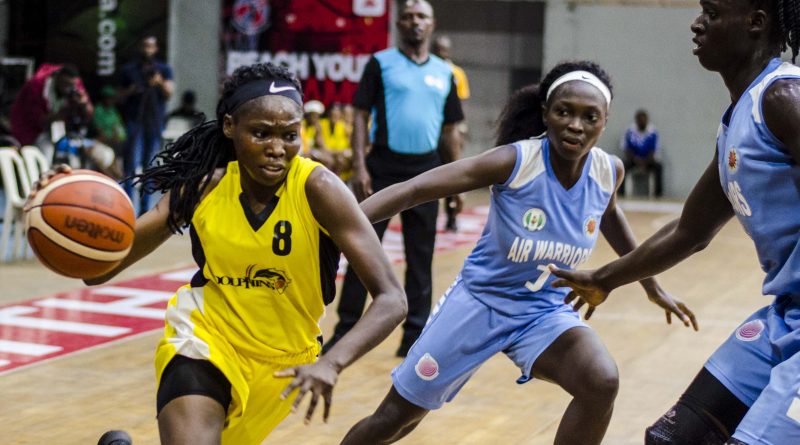 The Sports Minister Sunday Dare was on the stands as Air Warriors defeated Dolphins 79-57, Extrasportsnigeria.com reports. It was the most contested match of all games so far played in the Zenith Bank Women’s Basketball League Final 8 playoffs.

The Quarter Finals will tip off on Tuesday at the National Stadium, Lagos with First Bank taking on BlackGold of Abuja who finished bottom of Group B by 10am.

Champions First Bank on the back of their unbeaten run in the national league way back to 2016 will hope to take a step towards winning another title.

Air Warriors with a pack of tall ladies having finished top of Group B will tackle Plateau Rocks who have failed to win a game at this Final 8 playoffs.

The new comers Nigeria Airforce team will again depend on the trio of double-double Queen, Murjanatu Musa, veteran player Blessing Kasham and Chinwe Okah in their quest to qualify for their first ever semi-final.

The third game of the day will be between Dolphins and Delta Force. This could be another thriller.

It will be a grudge match for MFM who were denied a podium finish in 2018 when they lost to Customs in the third placed game.

The semi finals matches will be played on Wednesday.