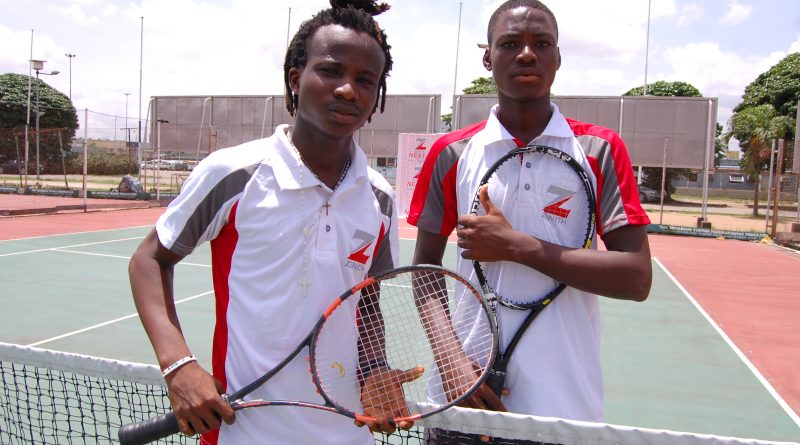 National 18 & under champion Michael Oshewa was Thursday eliminated from the Zenith Bank “Next Generation” Junior Tennis Masters when he threw away a 5-1 lead against hard hitting Philip Abayomi who rallied to win 9-7.

It was a must-win match for Oshewa who was considered favourite to reach the finals as he, the national junior champion, had lost a close second round robin match to Tochukwu Ezeh in another close encounter which was decided by a tiebreak. Abayomi therefore entered the semi-final as Group A winner with a clean sweep.

Tochukwu Ezeh is the favourite to clinch the second spot in the group as he faces alternate Mathew Abamu who replaced injured Gabriel Friday in the last match.

Godgift Timibra, top seed in Group B, recovered from his first round robin loss to win the next two against Augustine Stephen and Emmanuel Jebutu to head the group. Michael Ayoola who also won two matches placed second on games won and lost consideration.

Abayomi will take on Ayoola in the first semi finals while Timibra will most likely face Tochukwu Ezeh in the second semis.

The girls event was pretty clear cut with Oyin Quadre and Favour Moses running away with clean sweeps.

Quadre beat Toyin Asogba 9-1 in the decisive Group A match to head the group and will meet Rebecca Ekpeyong who upset Omolade Aderemi and bested Kasara Adegboyega in her final match to secure second spot in Group B.

Favour Moses will have to contend with Asogba for a place in the finals.

Former Nigerian Davis Cup captain, Kehinde Ake who watched the final round robin matches said he was surprised at the standard of play and how close most of the matches were.

“I think we have a lot of talent in this country and we need tournaments like these to make the young players match tough and raise their skill level.

Adding, “I really can’t wait to see how they stand up to the seniors later in the year.”

The semifinal matches are slated for the centre court of the National Stadium Tennis Centre on Friday starting at 10am while the finals will take place on Saturday at the same venue and at the same time.