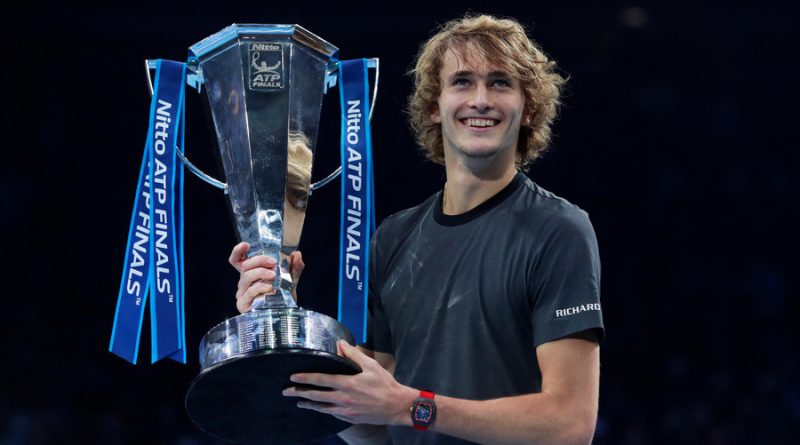 Alexander Zverev stunned world number one Novak Djokovic in straight sets to win the season-ending ATP Finals and earn the biggest victory of his career.

Djokovic, 31, was the heavy favourite to win a sixth finals title but was outclassed 6-4 6-3 by the German.

Zverev, the third seed, broke Djokovic for a 5-4 lead in the first set, then served three big aces to take the set, according to a BBC report.

The 21-year-old continued to dominate in the second and sealed a memorable victory as Djokovic faltered.

“I’m unbelievably happy. Obviously it is the biggest title I have ever won,” said Zverev, who took home about £2m in prize money.

He had lost to Djokovic in straight sets in the round-robin stage but, after beating Roger Federer in Saturday’s semi-finals, produced a more confident performance to stop the Serb equalling Federer’s haul of end-of-season titles.

Zverev missed his first championship point before hitting a sensational backhand down the line for victory, falling to the court in a mixture of disbelief and celebration as Djokovic jumped over the net to congratulate him.

“You definitely played much better than you did the group stage,” Djokovic told him with a laugh. “You deserved to win.”

Zverev has long been heralded as the young player most likely to carry the mantle for the men’s game once the likes of Djokovic, Federer, Rafael Nadal and Andy Murray have retired, with the 6ft 6in German’s booming serve, crunching groundstrokes and improved play around the net showing he has all the facets needed to reach the very top.

Against Djokovic he also showed mental resilience and staying power in gruelling rallies to prove he is the real deal.

A high-quality opening set remained on serve in the opening eight games, both players only managing to win three receiving points up to then, before a stray forehand from Djokovic – a rare unforced error this week – brought the first break point of the match in the following game.

Djokovic landed a deep first serve but when it came back over to his side of the court could only crack a forehand into the net.

The true test for Zverev was to keep his nerve and serve out for the first set, a question answered by the German firing down three aces before sealing the set as Djokovic went long with a backhand after a short rally.