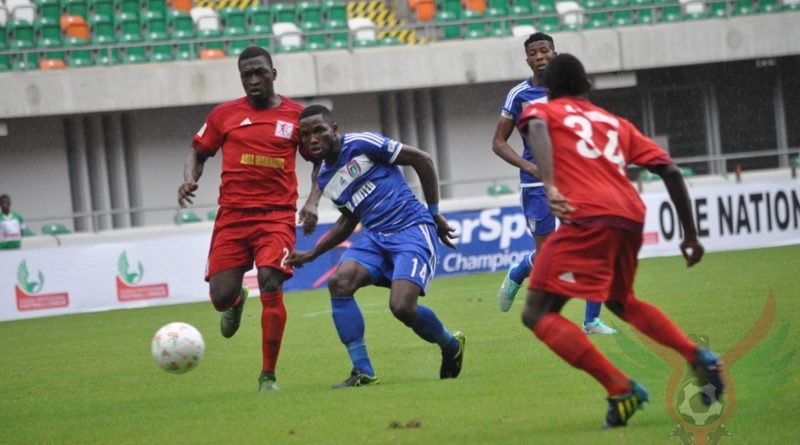 Abia Warriors were hit with their first loss of the NPFL season on Sunday Remo Stars just as all the home teams won in front of their fans on Matchday 3 of the fixtures.

A late penalty, which was converted by Victor Mbaoma for his third goal of the season, made the difference in the match played at Sagamu.

A hat-trick from Stephen Odey and a Tchato Giscard goal ensured that the Mountain of Fire and Miracles Ministries Football Club mauled Lobi Stars 4-0.

Odey had Sikiru Olatunbosun to thank for the 28th minute assist, which he lobbed past John Lawrence in goal for Lobi. He got his brace at 59 minutes through an outside shot before Olatunbosun again provided Tchto Giscard the assist, which he converted to an empty net, and then goalkeeper Lawrence committed a blunder to give Odey his hat trick.

Odey dedicated the goals to all his fans and family. “They believed in me, and encouraged me to score today. They were always telling me that I can do better than I am currently doing, and their words inspired me,” he said.

It was the first hat trick of his career.

In other centres across IfeanyiUbah fell 1-0 to new boys Abubakar Bukola Saraki through a goal from Chigozirim Metu on 17 minutes, who converted an Adeshina Gata rebound.