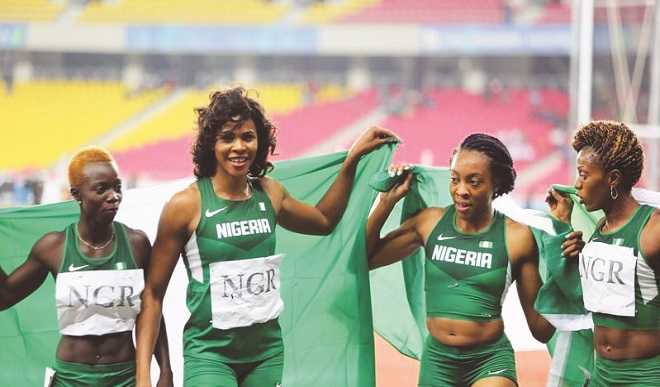 The Secretary General of the Athletics Federation of Nigeria Adisa Adeniyi Beyioku has asked athletics stakeholders in Nigeria including All States Athletics Associations, clubs, military and para-military sports agencies to disregard a media release purportedly on behalf of the Federation calling for entries for a national athletics trial in Port Harcourt, Rivers State.

“The attention of Athletics Federation of Nigeria (AFN) has been drawn to a media release by one SY Pepple asking state Athletics Associations to send entries for a national trials to purportedly select Nigeria’s representatives to the forthcoming CAA Senior Athletics Championships in Algeria, the World U-20 Championships in Nairobi, Kenya, the World Relays in Poland and the yet-to-be sanctioned Region Two event in Kaduna, Nigeria.

“The media release did not emanate from the Secretary General of the AFN who has the sole authority to issue such letters of invitation. Pepple who claims to be the Director General of the federation, a position unknown to the constitution of the AFN, has no capacity to the effect of inviting athletes to some selection trials in Port Harcourt,” the AFN said in a statement signed by Prince Beyioku.

The AFN also revealed that the National Trials to select Nigerian athletes to the African Senior Championships and the Tokyo 2020 Olympic Games will hold in May while some of the athletes have qualified for the World U-20 Championships at both the AFN All Comers and the Evaluation meet held in Akure last month and last weekend respectively.

”The AFN /Making of Champions (MOC) have secured the Sports Ground of Yaba College of Technology (YABATECH) for its second All Comers meet and the 3rd MOC Grand Prix to further prepare the athletes for the Championships/Games ahead and to achieve more qualifications. The event will hold on the 30th and 31st of this month,” Beyioku added.

The AFN also revealed in the press statement that Shehu Ibrahim Gusau has ceased to be the president of the AFN and Olamide George is now recognised by the laws of Nigeria as the acting president.

”It is pertinent to state further that following the suspension of Engr. Ibrahim Shehu Gusau on allegations of financial impropriety, criminal conversion and embezzlement of the federation’s funds; the Nigeria Police Force has filed a criminal charge against him at the Magistrate Court, Abuja and he is currently standing trial.”