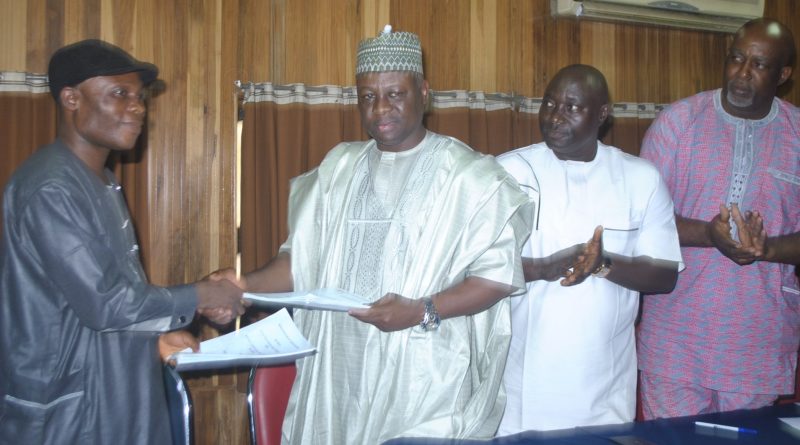 Ondo State government has signed a Memorandum of Understanding with the Nigeria Sports Development Funds Incorporated (NSDFI) and the Athletics Federation of Nigeria. The deal is meant to establish the first of six National Athletics Development Centres in the country.
Ondo sports Commissioner, Saka Yusuf Ogunleye signed the MoU on behalf of the government while the Director General of NSDFI, Olajide Fashikun and the President of Athletics Federation of Nigeria (AFN) Alhaji Ibrahim Gusau also appended their signatures to the contractual papers.
An NSDFI official who has full knowledge of the deal told Extrasportsnigeria.com that in his speech, Ogunleye reiterated the desire of the state to revive sports in the state starting with naming of the six communities to benefit from the new grassroots sport initiative “aim at generating funds for the state if the sector is properly managed.”
In the brief ceremony held in Abuja, Ogunleye also disclosed that the state government would soon establish a sports academy in the state and that a site had already been identified by the government for the project while calling on other states in the country to emulate the state in paying more attention to sports development in their locality.
Speaking earlier, Fashikun, disclosed that the project would produce the next generation of Olympic medalists for the nation in the next few years.

He said, “All hands are on deck to give 90 athletes from five different sports Olympic grants of N10million each to prepare for the Tokyo 2020 Olympics from February 2018. It will be an unprecedented gesture in the country that will spur the athletes to adequately prepare for the Olympics.
AFN president, Ibrahim Shehu-Gusau said, “This partnership will help us reposition sports in the country. We are keen on producing the next generation of Olympics medalists for the nation by taking youths off the streets.”

Executive Director (Technical) of NSDFI, Mary Onyali said the future of athletics is bright in the country.

Present at the ceremony is the Zonal Director of Leadway Assurance Plc, Mr Allan Onifade. His company will be providing insurance for all amateur athletes in the five sports featuring on the NSDFI programme.